Tanatos Banionis is a group of Russian artists active since 2008, the year in which Triumph Gallery commissioned a work for Art Moscow. The video realized for the occasion, Pietà, immediately became one of the most watched during the fair, due to its innovative HD format.

Since 2008 to date they have exhibited in many Russian galleries, in addition to Triumph Gallery (2008, 2009), including: Moscow Museum of Contemporary Art (2009); Kandinsky Prize exhibition (2009), Moscow; Russian Museum (2010), St. Petersburg; and Design Center Artplay (2013), Moscow. They participated in Glasstress Gotika, Fondazione Berengo (2015), Venice. The artists of the collective wish to remain anonymous, there is no distinction between those who conceive the ideas and those who make them possible. 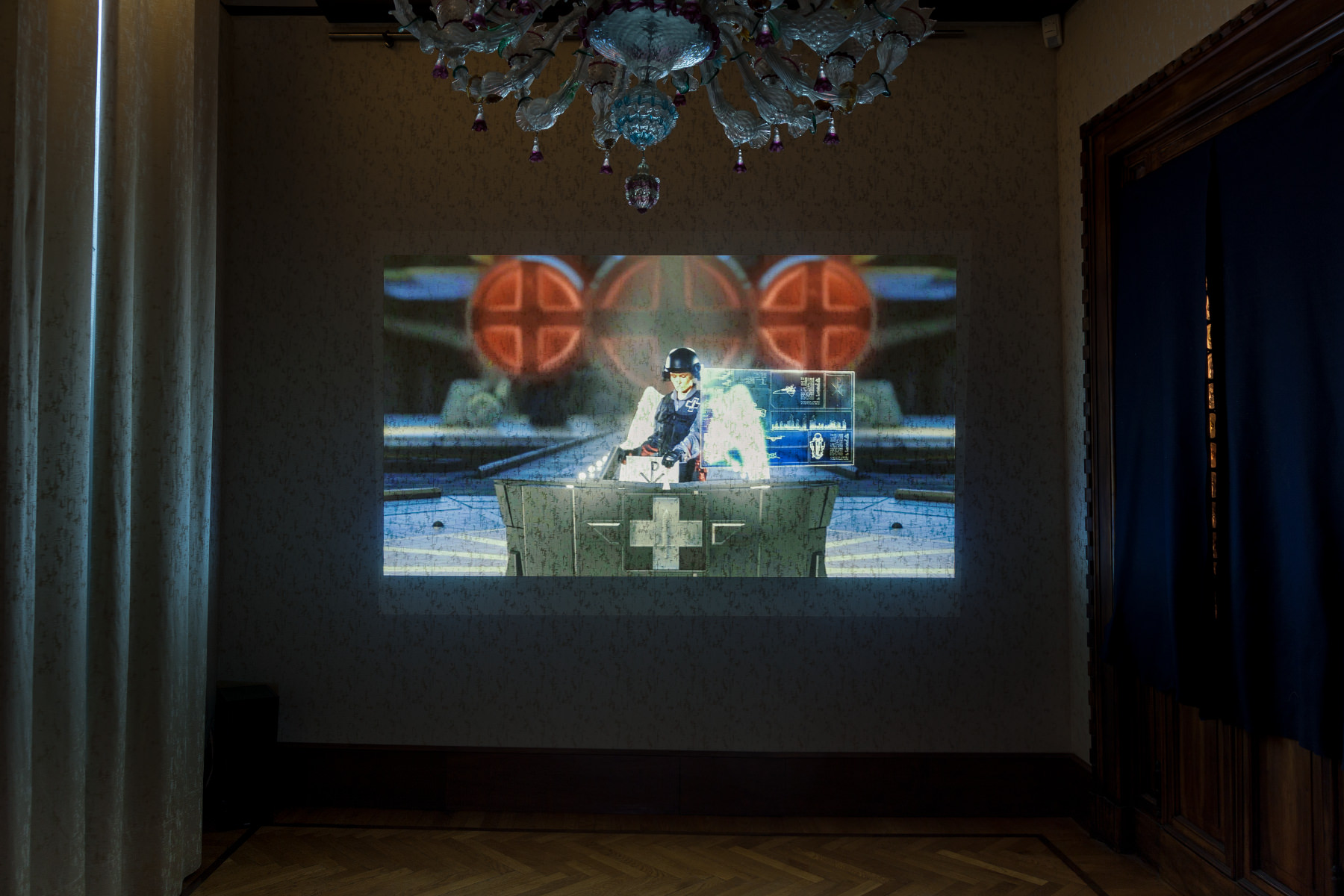