Sabine Wiedenhofer was born in 1974 in Vienna where she currently lives and works. Her experimental works explore the properties of light, color, dimension, language through photography, sculpture, painting, metal and glass.

Her artistic poetry is diverse and through her multidisciplinary practice she attempts to make a visual link between different languages and artistic expressions to create complex images. In her most recent sculptural glass works, she explores the interplay of materiality, light and color through which she plays with the oppositions of equilibrium and instability characterized by a perpetual tension between order and movement. The continuously changing light throughout the day, multiplied by the light projected into the room and through her colored glass arrangements, creates intricate and prismatic patterns that transform with the time of day and viewer’s perspective to express the ephemerality and mystery of light. This can be seen in the windows of the Merkenstein Chapel (2014). Her Alexandrite series TriBeCa (2013-2015) displays the once derelict New York City neighborhood, which today is one of the most popular urban centers for artists; the sharp angles and lines of the buildings display strength, sensibility, but also the fragility and transparency of New York. She has exhibited extensively in solo and group shows including at Hotel Imperial (2014), Vienna; Art & Kulinarik Festival (2015), Moosburg; Viennafair (2016); several editions of Art Austria (2012-2017) and numerous exhibitions at Galerie Kovacek Contemporary, Vienna. 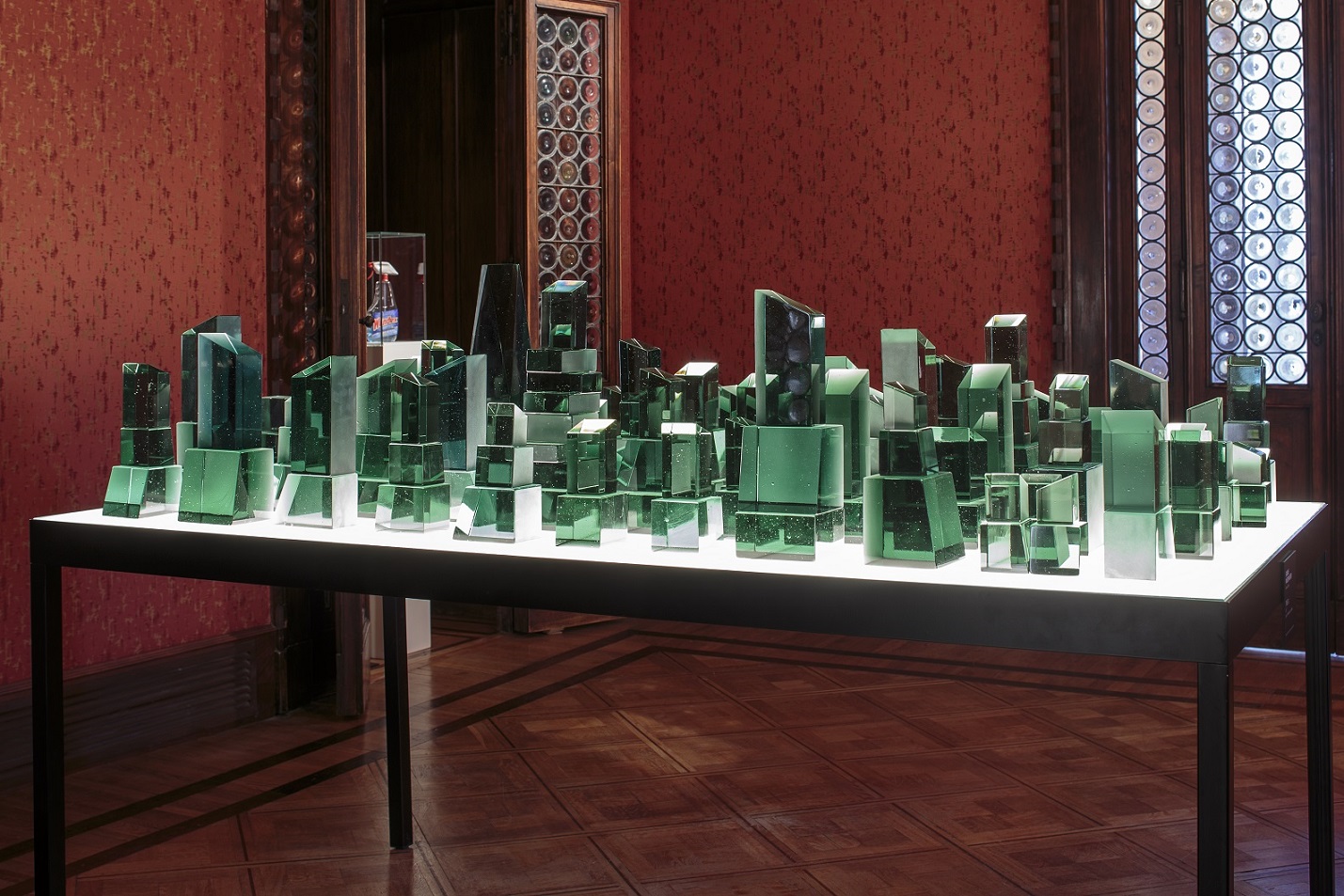 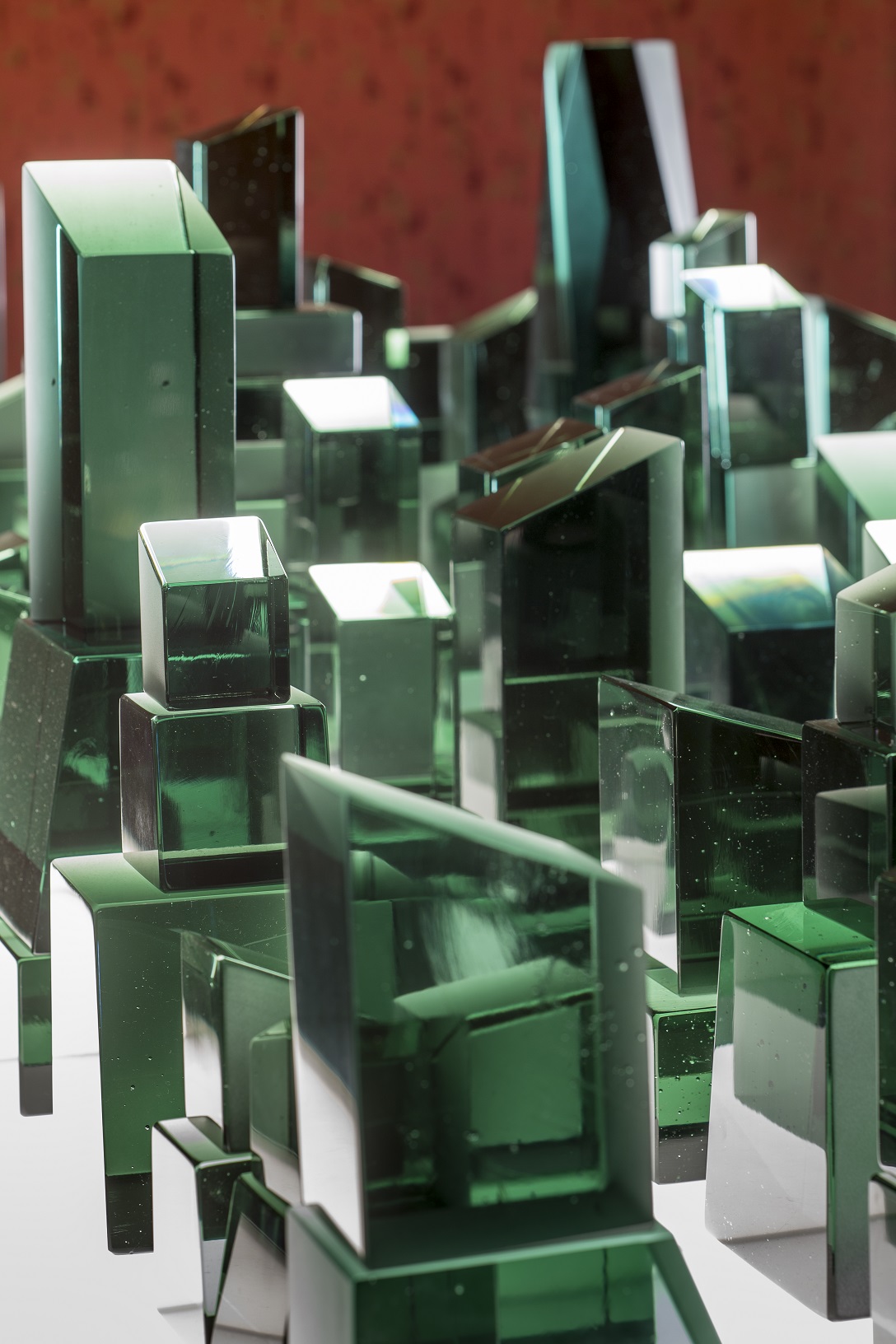 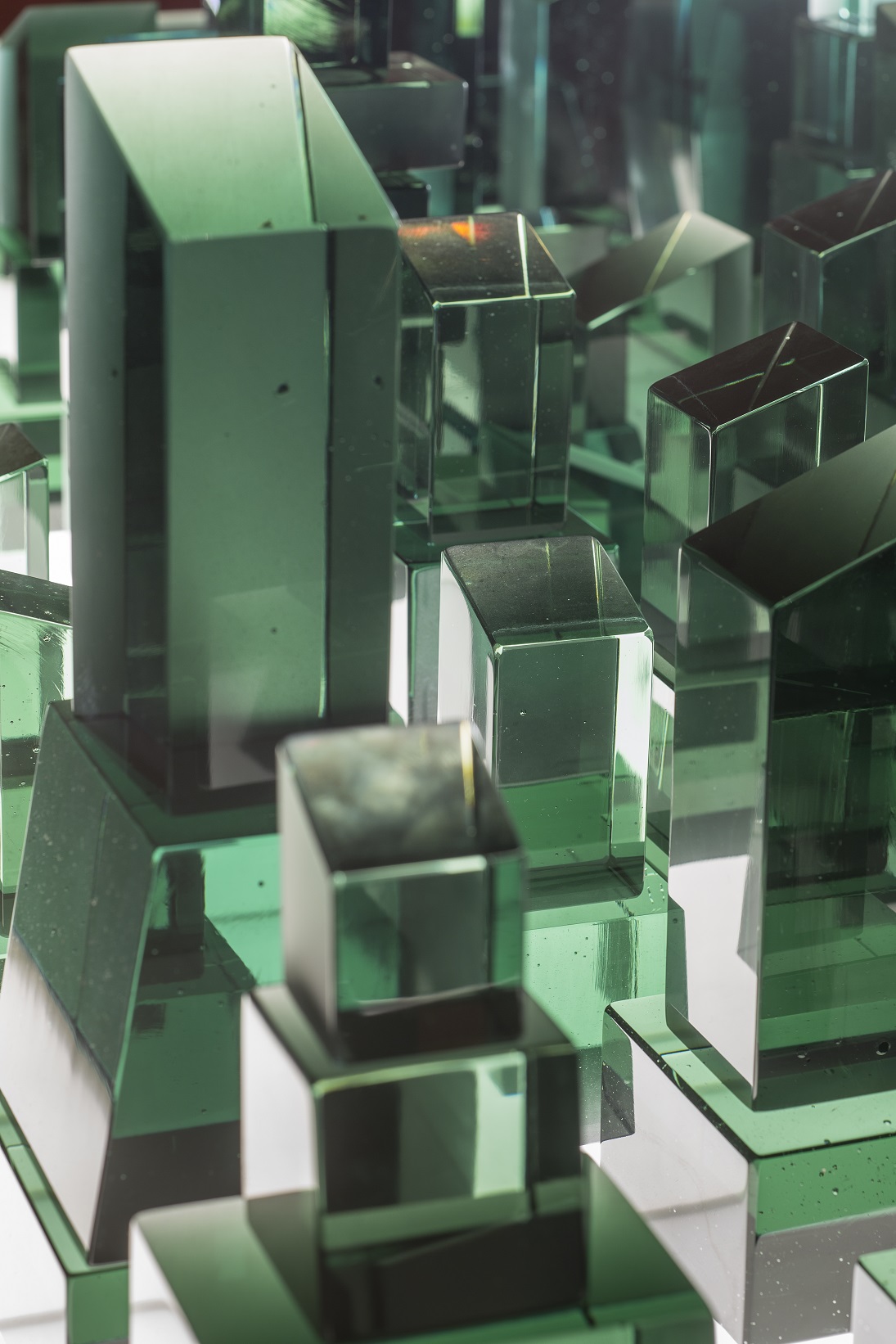