Richard Hamilton (1922-2011) was born in London. Inspired by the vulgar, the mundane and credited with being the founder of Pop Art, he explored the relationships between fine art, mass-produced consumer goods, and popular culture with an eclectic multidisciplinary approach.

He was educated at the Royal Academy Schools in London from 1938 to 1940 and studied engineering draughtsmanship at a Government Training Centre in 1940. After the war, he returned to the Royal Academy Schools and then attended the Slade School of Art between 1948 to 1951. While teaching at the Central School of Arts and Crafts, he met Eduardo Paolozzi and co-founded the Independent Group, contributing to the development Pop Art in Britain. In 1956 he made his first Pop collages, a poster for the exhibition This Is Tomorrow at the Whitechapel Gallery and created his most iconic work, Just what is it that made yesterday’s homes so different, so appealing? (1956). In the 1960s, he created a series of silkscreened prints one of which, entitled Swingeing London 67 (1968-69), showed Robert Frazer and Mick Jagger after their arrest for drug possession. Keen to embrace new technology within his art, Hamilton began creating computer-generated works in the 1980s. Throughout his illustrious career he participated in Documenta (1968, 1977, 1997), Kassel; The Sao Paulo Biennale (1989); Gwangju Biennale (2004); and Shanghai Biennale (2007). He had major solo exhibitions and retrospectives at the Tate Gallery (1970, 1992), London; The Solomon R. Guggenheim Museum (1973), New York; MACBA (2003), Barcelona; The National Gallery (2011) and Tate Modern (2014), both London; and Museo Reina Sofia (2014), Madrid. Hamilton represented Great Britain at the 45th Venice Biennale for which he received the Golden Lion Award (1993). He was awarded William and Noma Copley Foundation Award (1960); the John Moores Painting Prize (1969); the Talens Prize International (1970); the Arnold Bode Prize (1997); and the Max Beckmann Prize for Painting (2006). 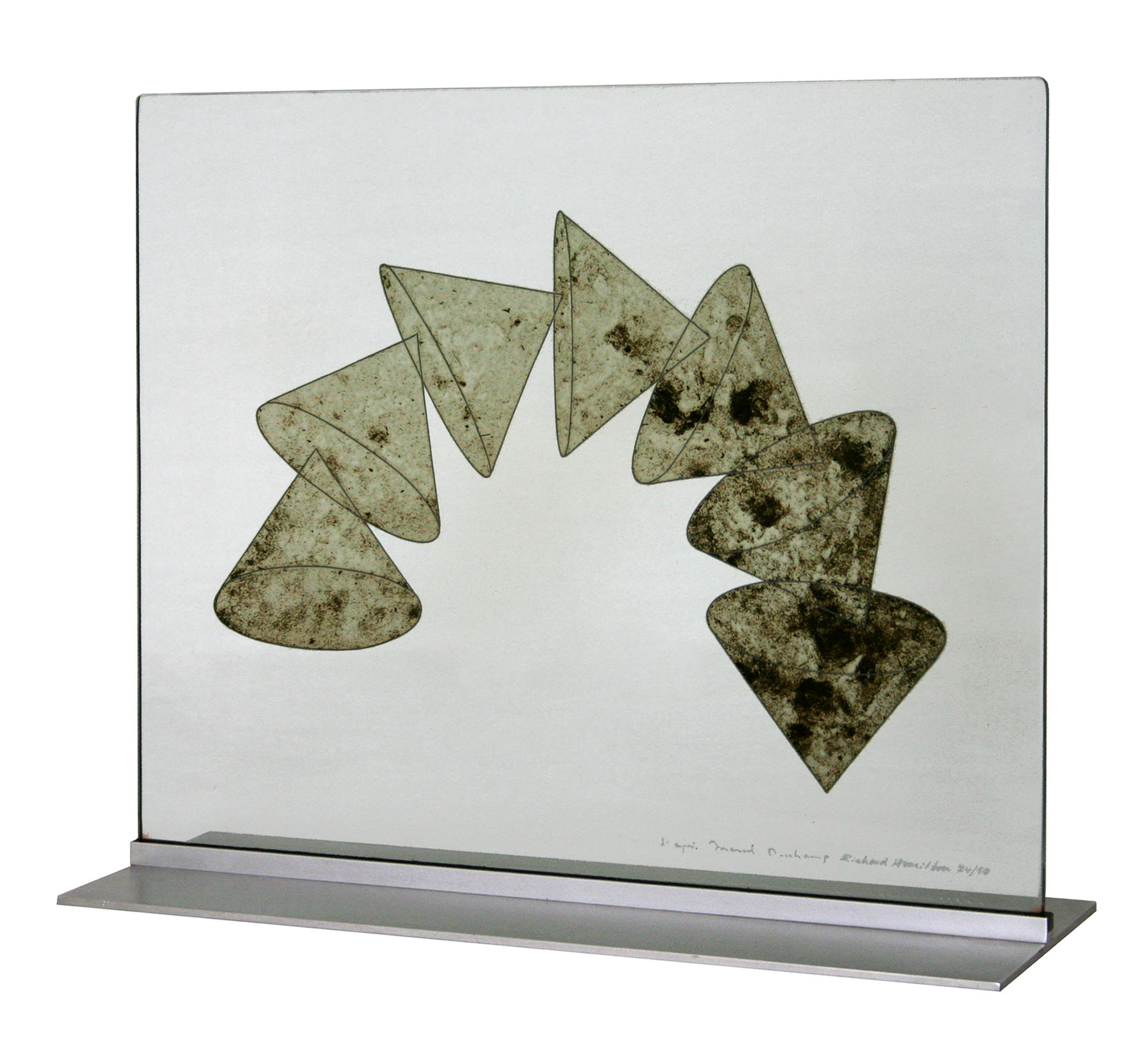