Nawa Kohei was born in 1975 in Osaka, Japan, and lives and works in Kyoto. In his work, he mainly uses glass beads, prisms, polyurethane foam, adhesives, and liquid silicone, using each of these materials individually in order to give his works a specific and unique feel.

Kohei received his BA in Fine Art Sculpture in 1998 and his PhD in 2003 at the Kyoto City University of Arts. His artistic methodology includes searching the internet for objects of interest to him. He enters keywords in search engines, discovering these objects first as digital images composed of pixels. The artist then buys these items in online auctions and, once they have been received, he studies them, making a tactile acquaintance. In the final phase, he covers their surfaces with various materials, thereby manipulating not only their visual perception, but also their meaning. His works are divided into assorted categories: Beads, Prism, Liquid, Scum, and Glue. In 2009, he founded an artist collective called “Sandwich,” through which he takes on interdisciplinary design projects. He has exhibited widely including at: the Mori Art Museum (2007), Tokyo; the Mirò Foundation (2008), Barcelona; The Forum, Maison Hermès (2009), Ginza; La Maison de la Culture du Japon (2015), Paris; and Centre for Art and Media (2016), Karlsruhe. He has had solo exhibitions at the Museum of Contemporary Art (2011), Tokyo; Kirishima Open-Air Museum (2013); and Pace Gallery (2015), London, to name a few. The winner of numerous awards, he won First Prize at the 14th Asian Art Biennale Bangladesh (2010); the Kyoto New Artist’s Award (2012); and was approached by designer Rei Kawakubo to design headwear for a Comme des Garcons runway show (Spring/Summer 2012). 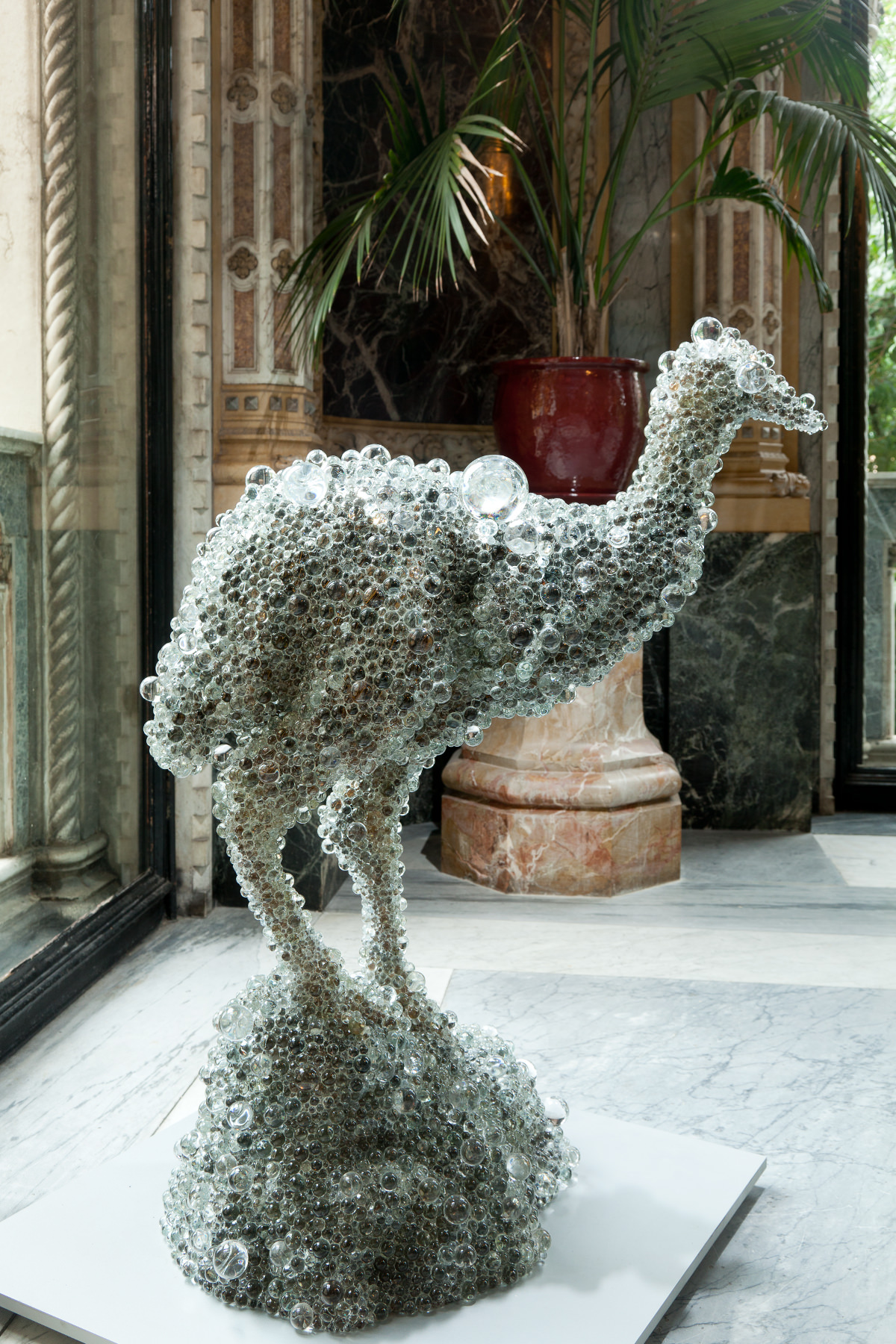