Joyce Jane Scott was born in 1948 in Baltimore, Maryland, where she lives and works. She works in many mediums including jewelry, sculpture, quilting, performance and installation. She is best-known for her intricate beadwork that she uses as a potent platform for confrontational commentary on social and political injustices.

She received a BFA from the Maryland Institute College of Art in 1970 and an MFA from the Instituto Allende in San Miguel de Allende, Mexico, in 1971. Her first artworks emerged in the early 1970s, which she made with her mother, renowned fiber artist and quilt maker, Elizabeth Talford Scott. Using fiber, beads, wire, thread, and other mixed media, the strands of Scott’s urban, multi-ethnic African-American, female identity and experience unite in her art. She continues to push the expressive potential of beading and the medium’s preconceived notions addressing themes of racism, sexism, and violence. Recently, she combined her bead practice with Murano glass, as shown in her seminal work Sex Traffic (2014), which is characteristically layered with meaning; the blown-glass totem in the shape of a musket is exaggerated by a beaded figure tied to its barrel with leather cuffs. She has held the retrospective exhibitions at The Baltimore Museum of Art and the Maryland Institute College of Art (2000); an updated, smaller solo show entitled Kickin’ It with Joyce J. Scott toured ten US museums (2005- 2007); Museum of Arts and Design (2013), New York; Museum of Contemporary Art Cleveland (2015); was featured in Glasstress(2013), Venice; and exhibited at Philadelphia Museum of Art (2015). She received the Baker Award (2016), Baltimore, and the MacArthur Foundation “Genius” Fellowship (2016). 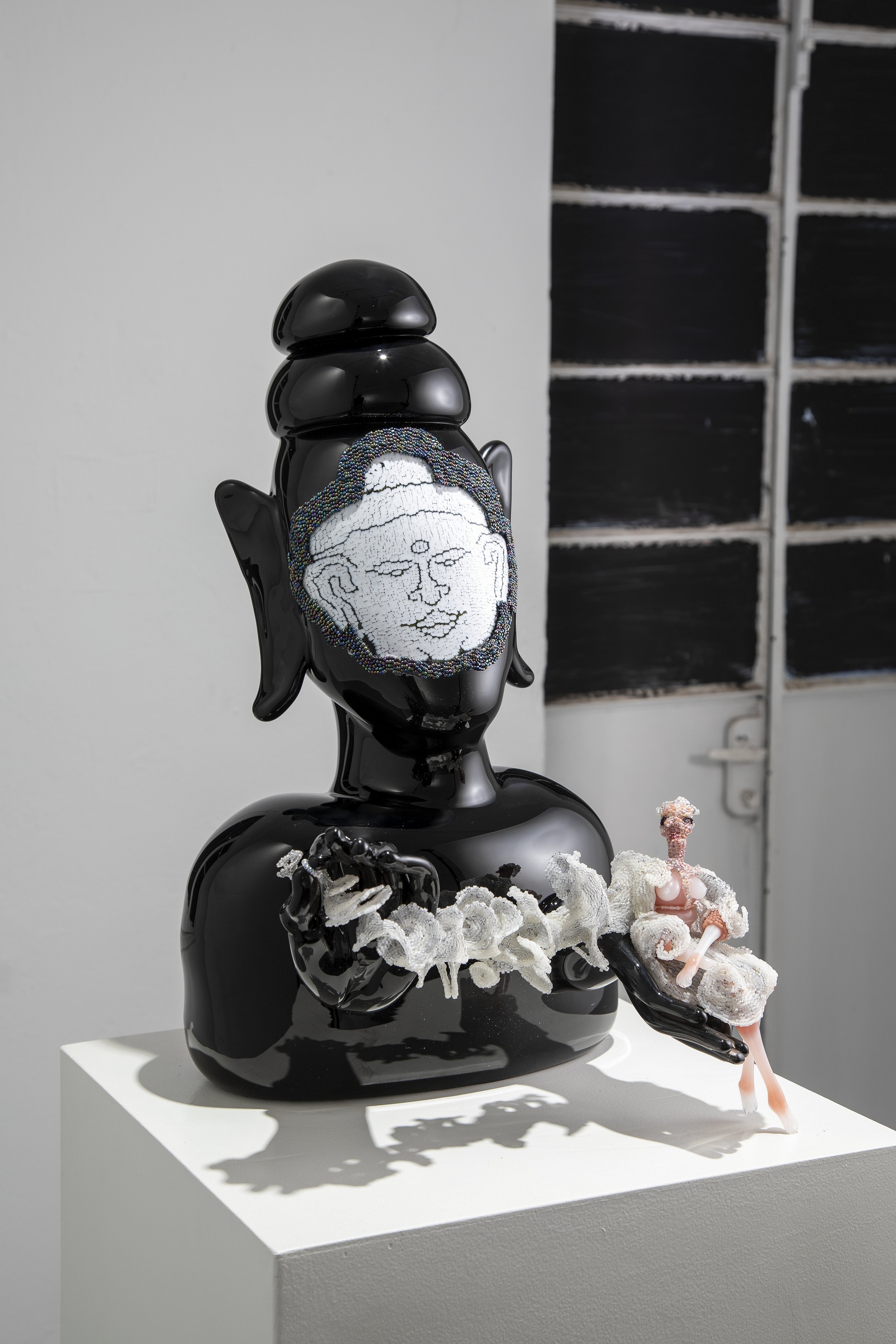 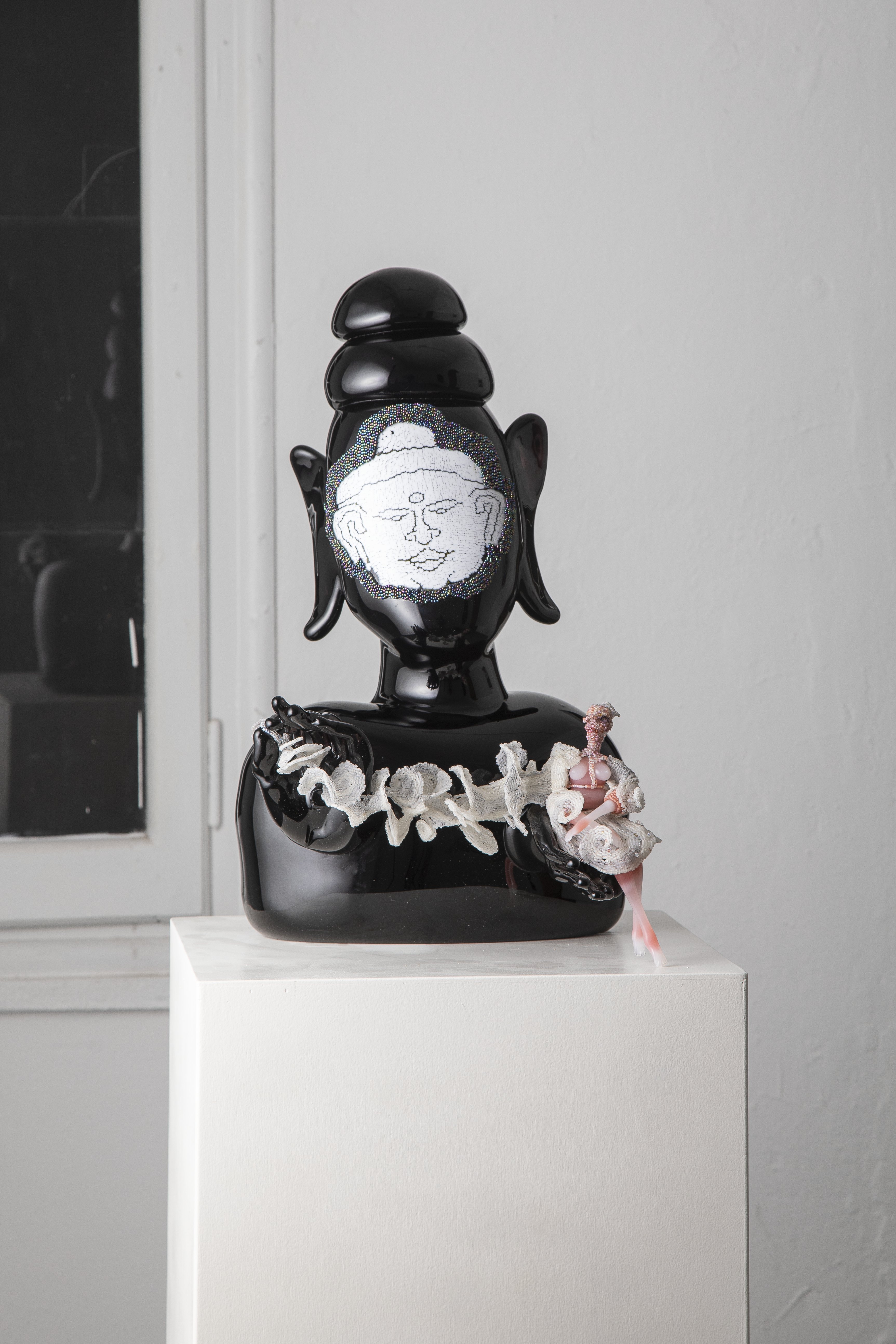 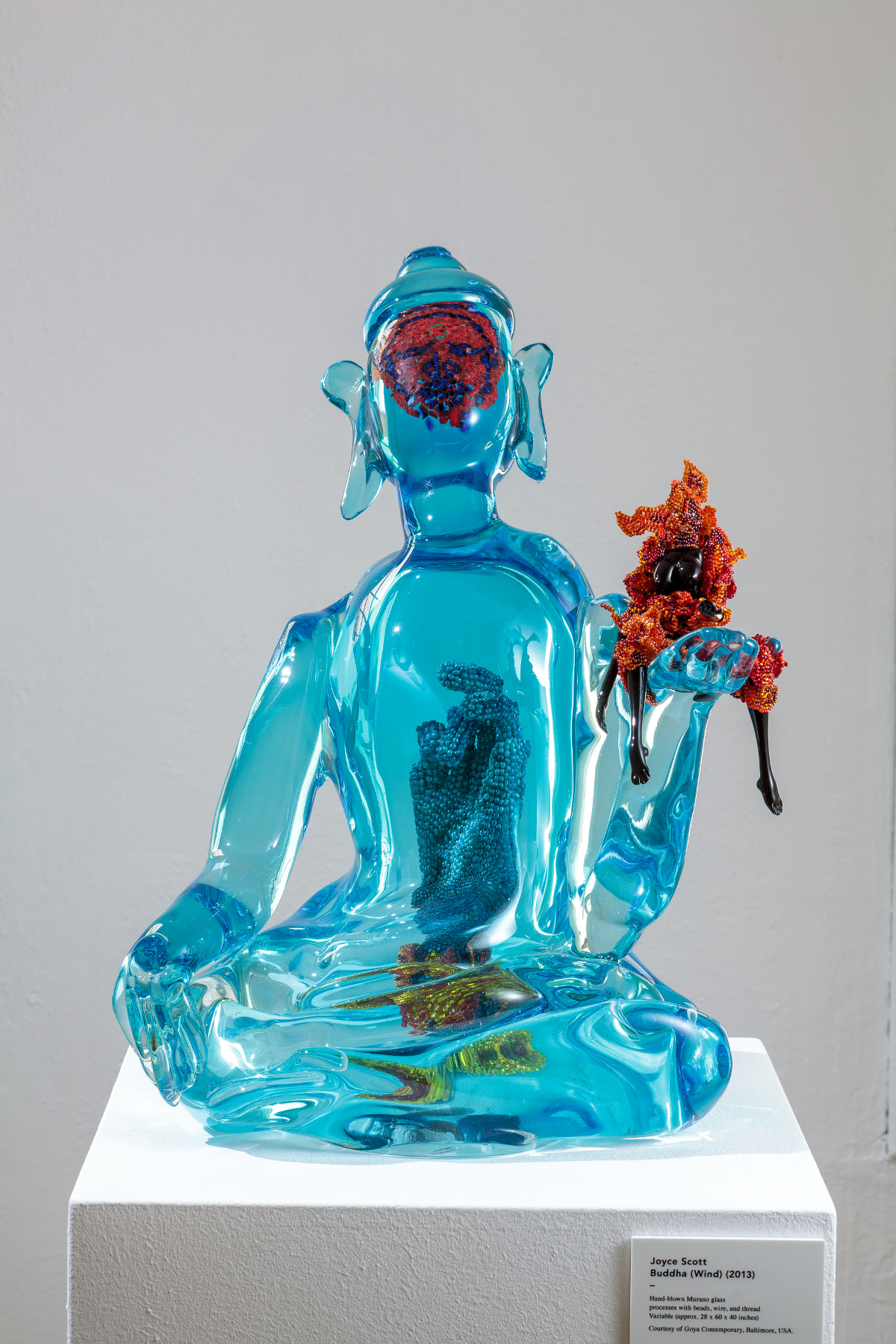 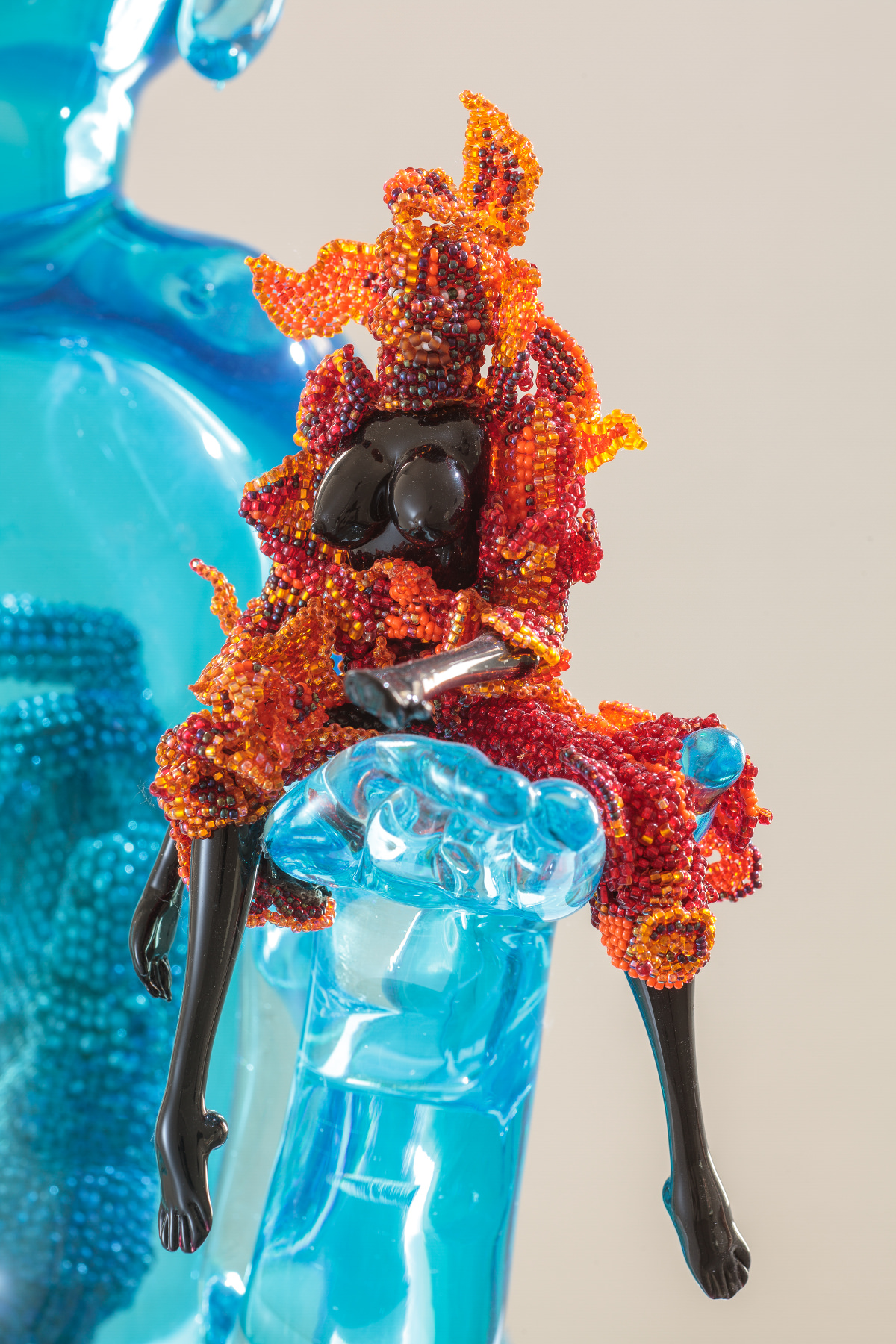 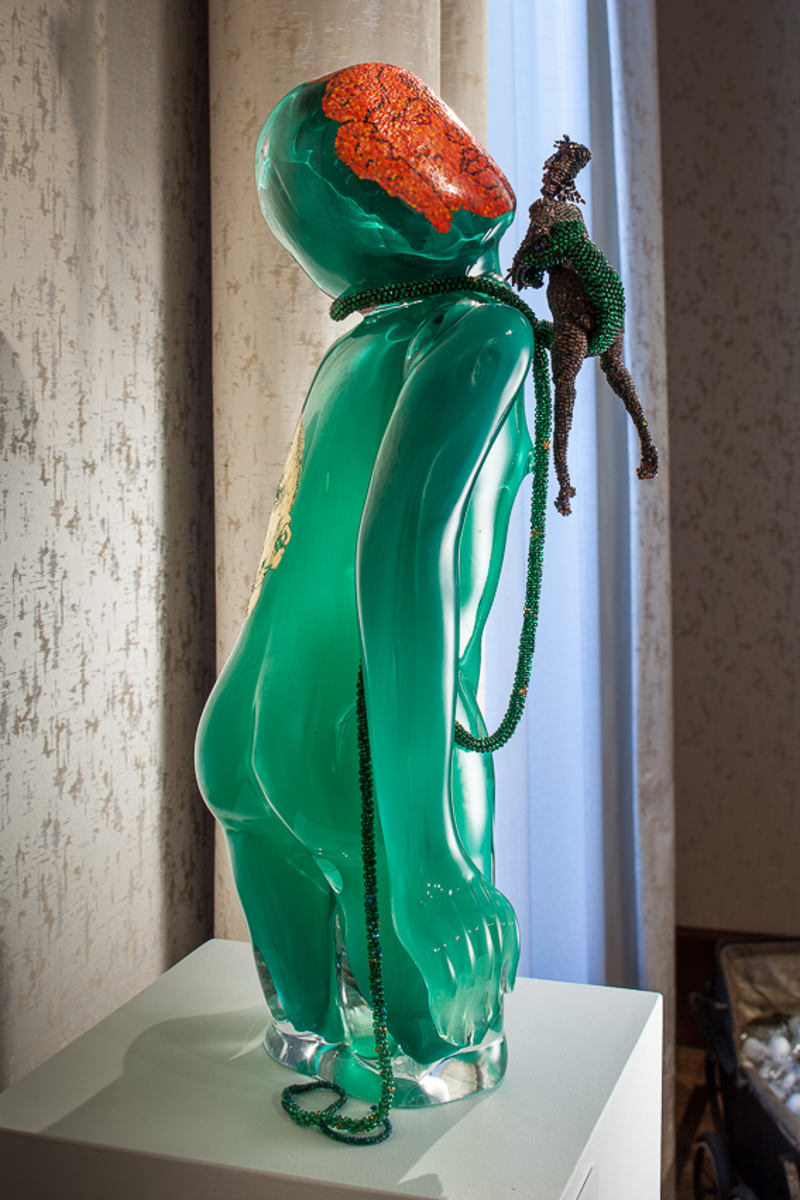 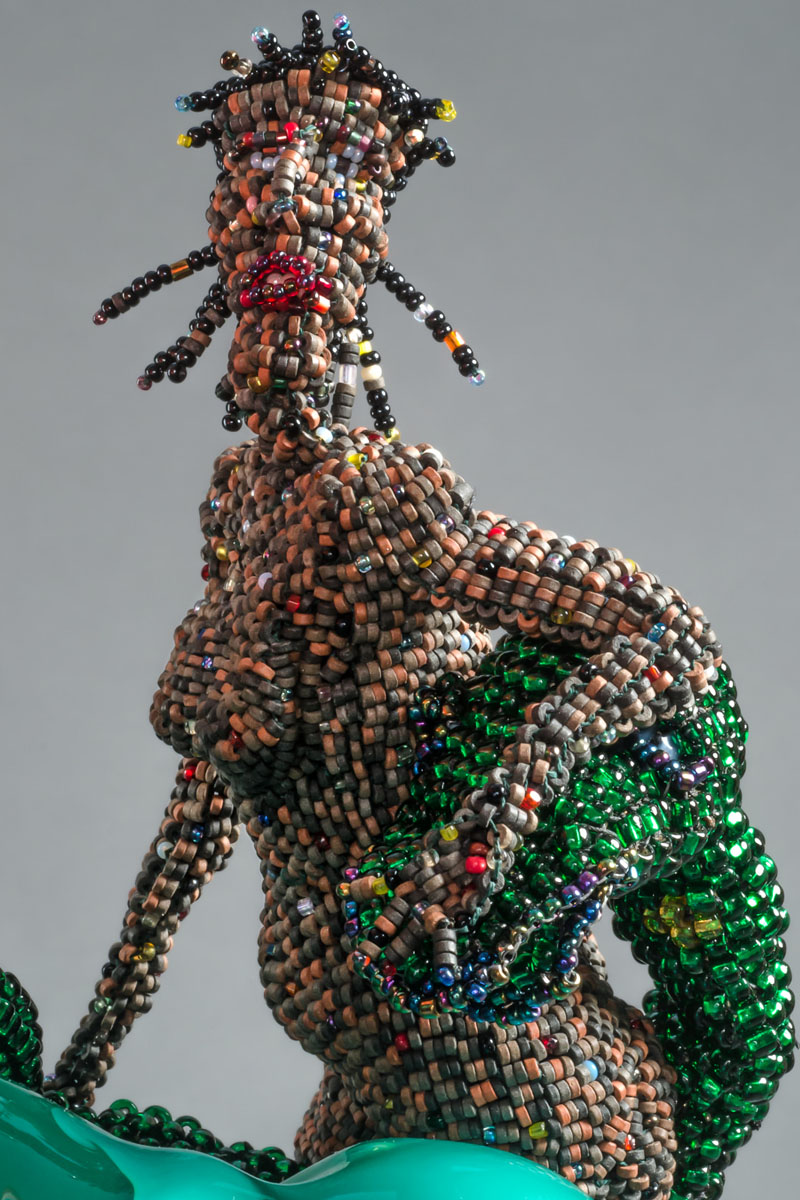 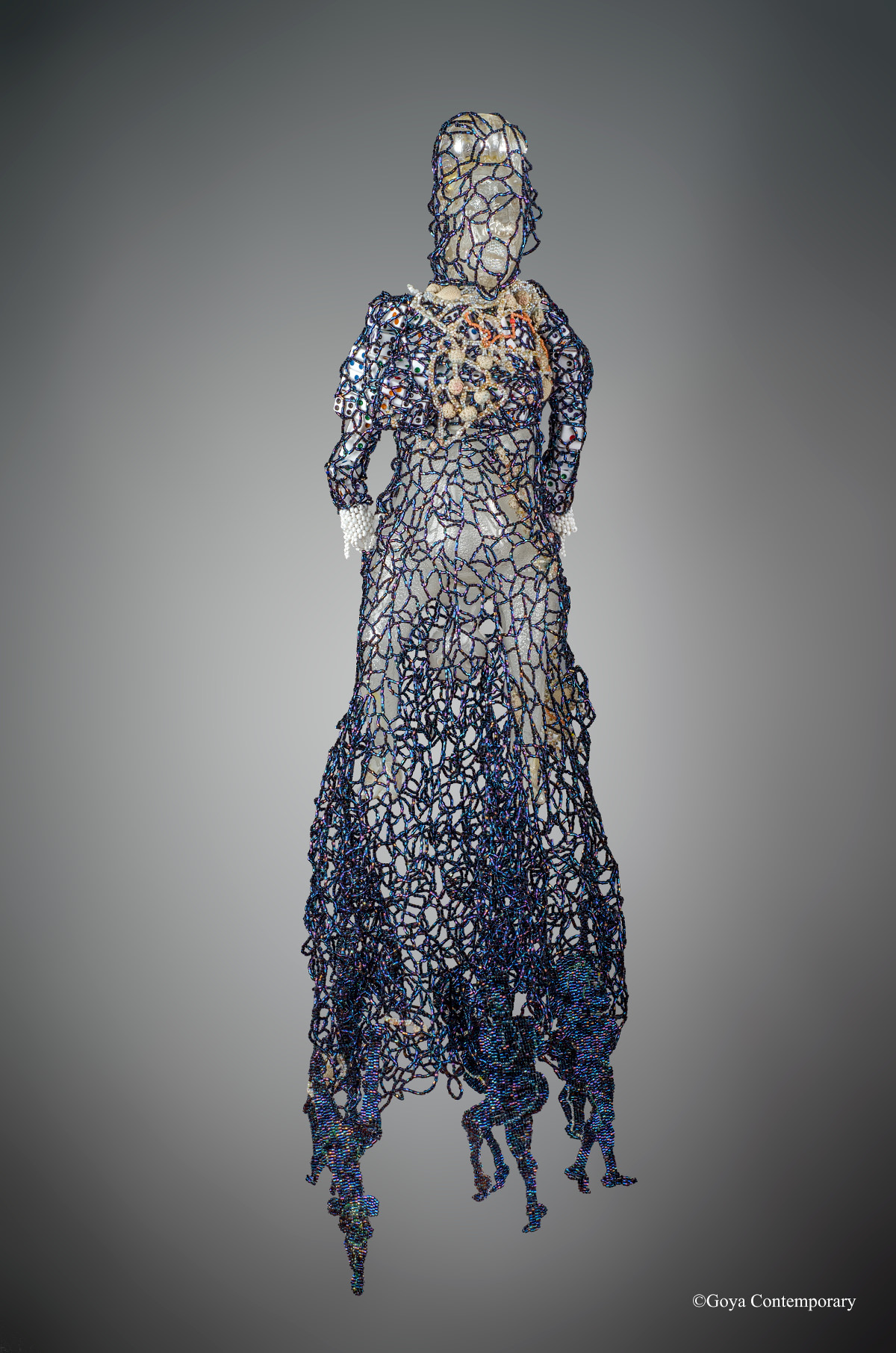 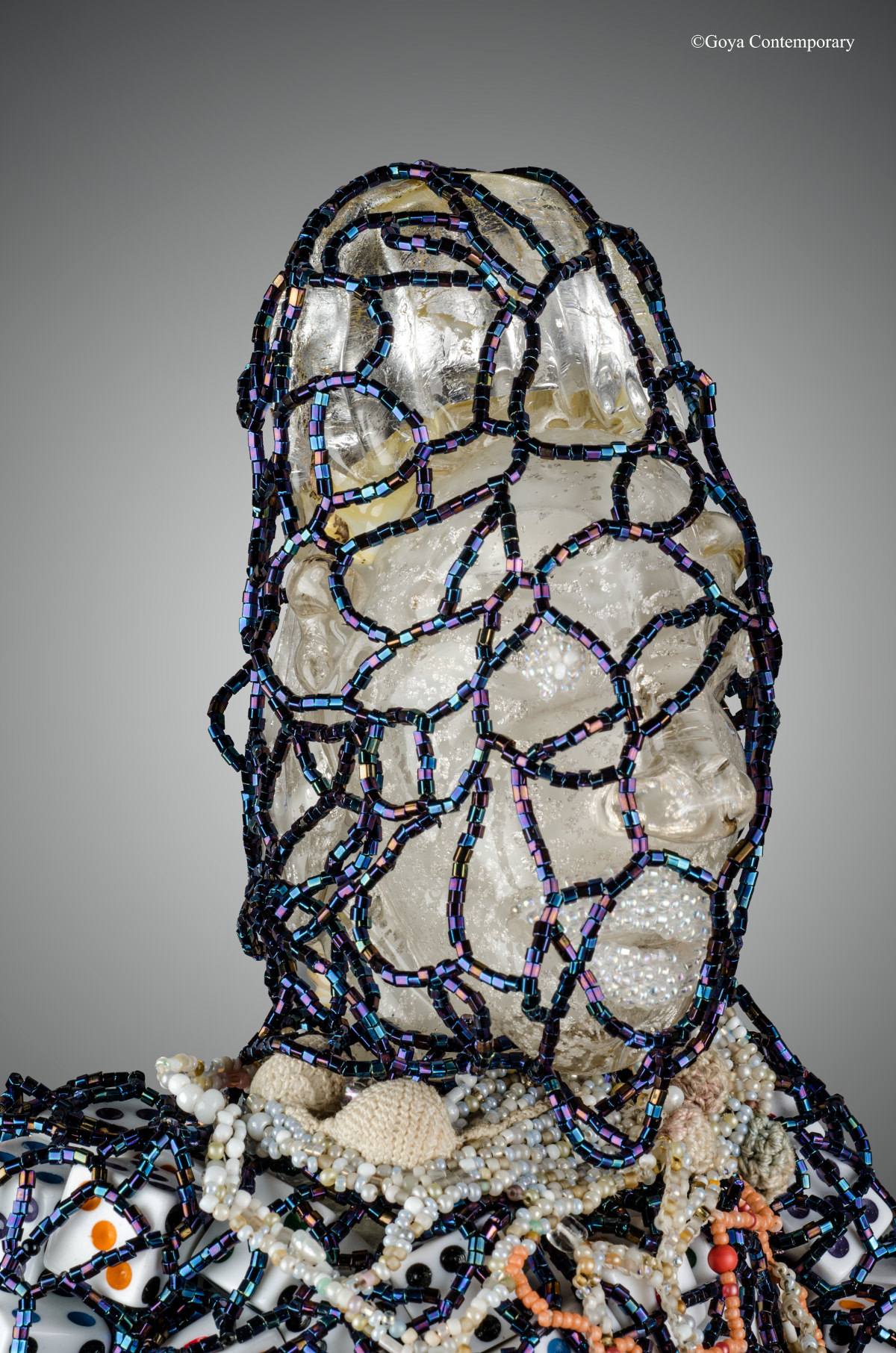 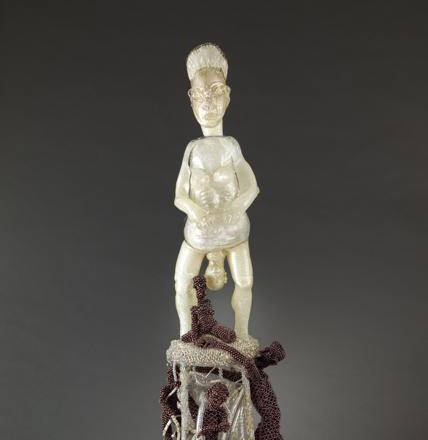 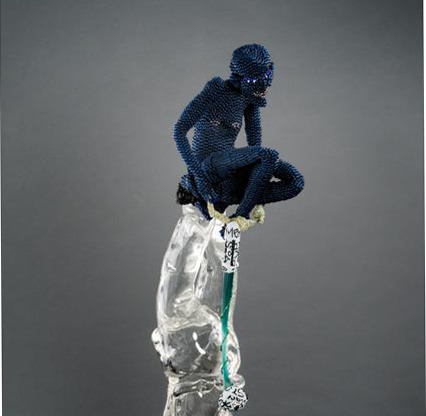