Hitoshi Kuriyama was born in 1979 in Hyogo, Japan, and lives and works in Tokyo. He is recognized internationally for creating installations with complex clusters of shattered fluorescent and LED lights. In his work he examines the equivalence and synchrony of seemingly opposing phenomena and ideas.

In 2006, he earned his MFA in Constructive Art at the University of Tsukuba, Japan, and, in 2011, a PhD in Inter Media at the University of Tokyo. For some time, he worked as a file clerk at the Japan Aerospace Agency and was inspired by supernovas, an experience that profoundly influenced his artistic exploration. His best-known works are precariously constructed installations where traces of light captured on the surface of photographic paper, where clouds of color resemble the true nature behind the way things appear. With Kuriyama, fluorescent lights and LEDs become life forces that animate the darkness of the universe with an irregular, unpredictable rhythm. In 0=1 vacuum (2009), the artist aims to show an absolute void, complete nothingness, sowing in the observer the existential doubt of the equation, “to be=not to be?” “0=1?”. He has shown his works at prestigious institutions, including the Metropolitan Museum (2006)-at which he received a special jury award for the Media Art, the International Gallery Beams (2008), Island Gallery (2014), all Tokyo; and in events such as the Frieze (2008), London; New York Armory Show (2010); Glasstress (2011), Venice; recently installed a major work in a Romanesque basilica as part of the Festival of Lights (2016), Stuttgart. 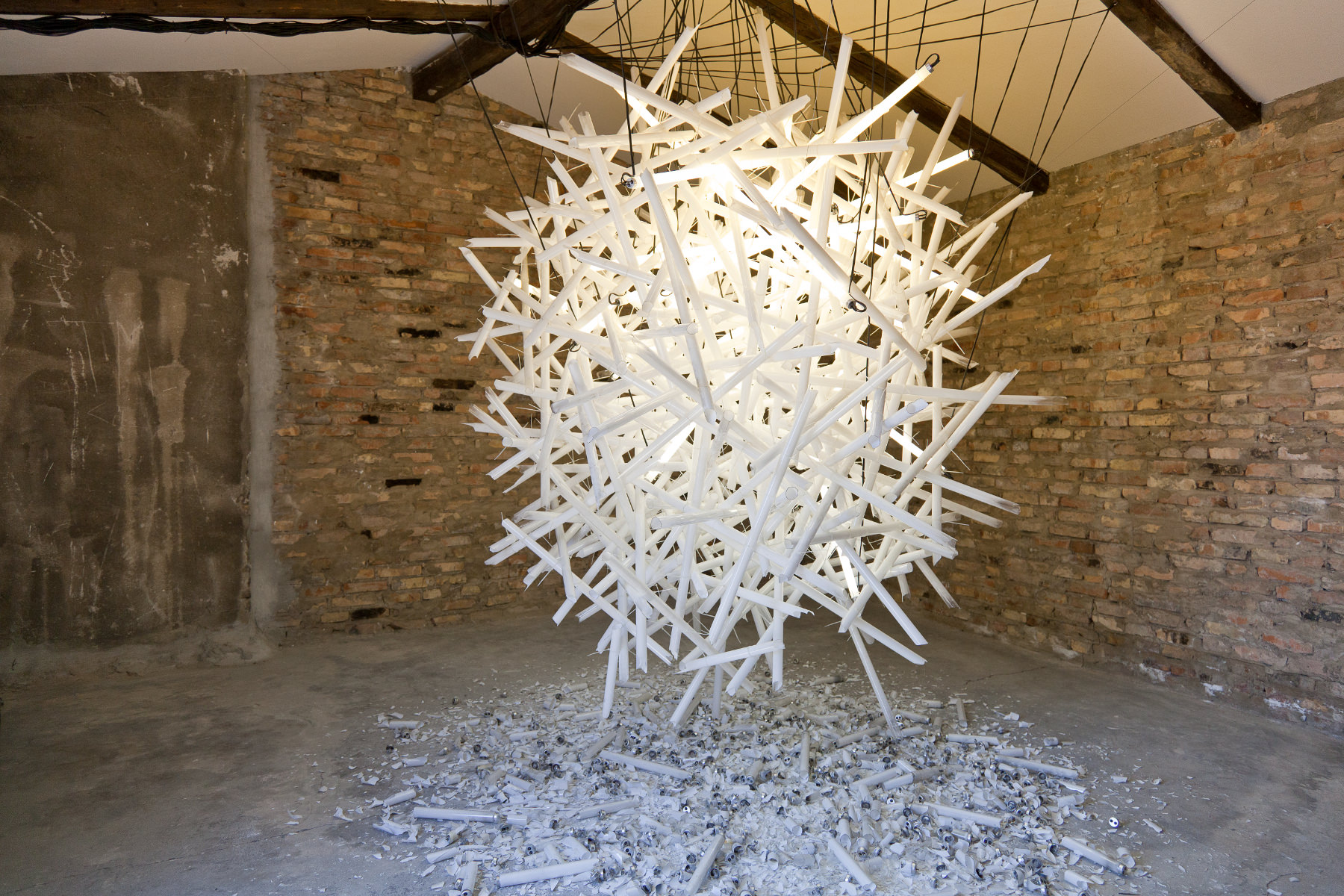