Federica Marangoni was born in 1940 in Padua, and lives and works in Venice. A multidisciplinary artist, designer, teacher and lecturer active on the international art scene, her artistic practice focuses on the research of various materials, especially glass, in combination with technology.

After attending the Academy of Fine Art in Venice in the 1960s, she developed her design activity and, in 1970, established her own studio, Fedra Studio Design, in Venice. During this period, she started experimenting with glass, her preferred artistic medium, at glassmaking furnaces in Murano. Since the beginning of her career, in addition to designing objects for production, she has continuously created large sculptures and installations that inventively combine technological media, such as video and neon light, with glass, rendering her work unique in the panorama of contemporary art, as exemplified in her glass-video sculpture The Electronic Rainbow (1997). From 1976 to 1989, she was Assistant Professor in the Department of Art and Education at New York University and has taught and lectured at Università Internazionale dell’Arte, Venice; Wayne State University, Detroit; Columbia University; and the Pratt Institute, New York, to name a few. She has participated in the Venice Biennale on several occasions (1995, 1997, 2011) and has presented her works in many international shows, including at the Museum of Modern Art (1980), New York; the Hara Museum (1990), Tokyo; Kunstmuseum Dusseldorf (1990);  Institute of Italian Culture (2006), Madrid; the Carnegie Museum of Art (2007), Pittsburgh; Museo del Castello di Sasso Corbaro (2008), Bellinzona, Switzerland; Villa Croce Contemporary Art Museum (2011) Genoa; Anna Zorina Gallery (2013), New York City; Palazzo della Fraternità dei Laici (2014), Arezzo; Galleria Internazionale d’Arte Moderna Ca’ Pesaro (2015), Venice; and Museo del Vetro (2016-2017), Murano.

Massive silver-gray glass wheels, antiqued outer surface, polished inside, with neon coil on one end and fragments of real crystal in a typical Murano container used for glass scraps 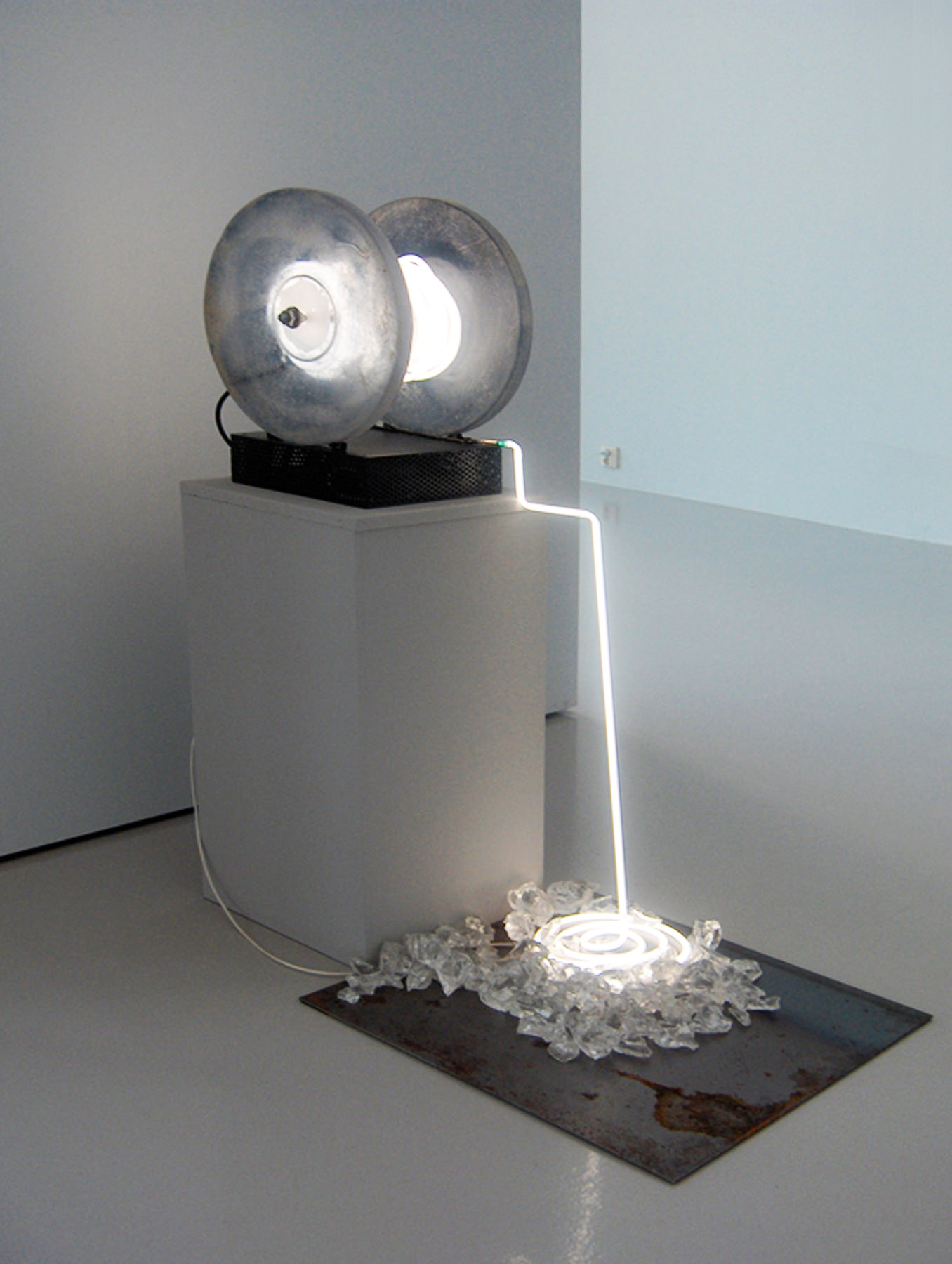