Daniel Buren was born in 1938 in Boulogne-sur-Seine, France, where he lives and works. He is a conceptual artist who is globally renowned for his large site-specific installations of contrasting colored stripes in important institutions and landmark buildings, exploring the relationship between art and the spaces that frame them.

In 1960, he graduated from the the École des Métiers d’Art and, in 1966, co-founded-together with Olivier Mosset, Michel Parmentier, and Niele Toroni-the group B.M.P.T., whose “action-exhibitions” condemned bourgeois values and the closed system of the art market. His works are based on an unvaried “visual instrument,” the alternating of vertical white stripes with colored ones, of different materials but always of the exact same width: 8.7 centimeters, which he began creating in 1965. In the 1970s, he abandoned painting in favor of unauthorized interventions in public spaces, and in the 1980s he created permanent public architectural installations like the famously controversial Les Deux Plateaux (1986) at the Palais-Royal in Paris. He subverts expectations by multiplying points of view, reversing the perspective, and interacting with the space. His works are created in situ, using different materials (paint, glass, paper, metal, and wood) to create complex wall or environmental structures, like the renowned Cabanes Eclatèes (1975-82). Light has been important aspect of his recent work, especially for the monumental projects Excentrique(s) (2012) at the Grand Palais, Paris, and Observatory of Light (2016), Fondation Louis Vuitton, which consists of 3600 pieces of colored glass to cover the building designed by Frank Gehry. He has had major retrospectives at the Centre Georges Pompidou (2002), Paris; The Solomon R. Guggenheim Museum, New York (2005); and the Palais des Beaux-Arts (2016), Brussels. He was awarded the Golden Lion as Best National Representative for the French Pavilion at the 42nd Venice Biennale (1986); the Grand Prix National de Peinture (1992); and received the Praemium Imperiale for painting (2007). 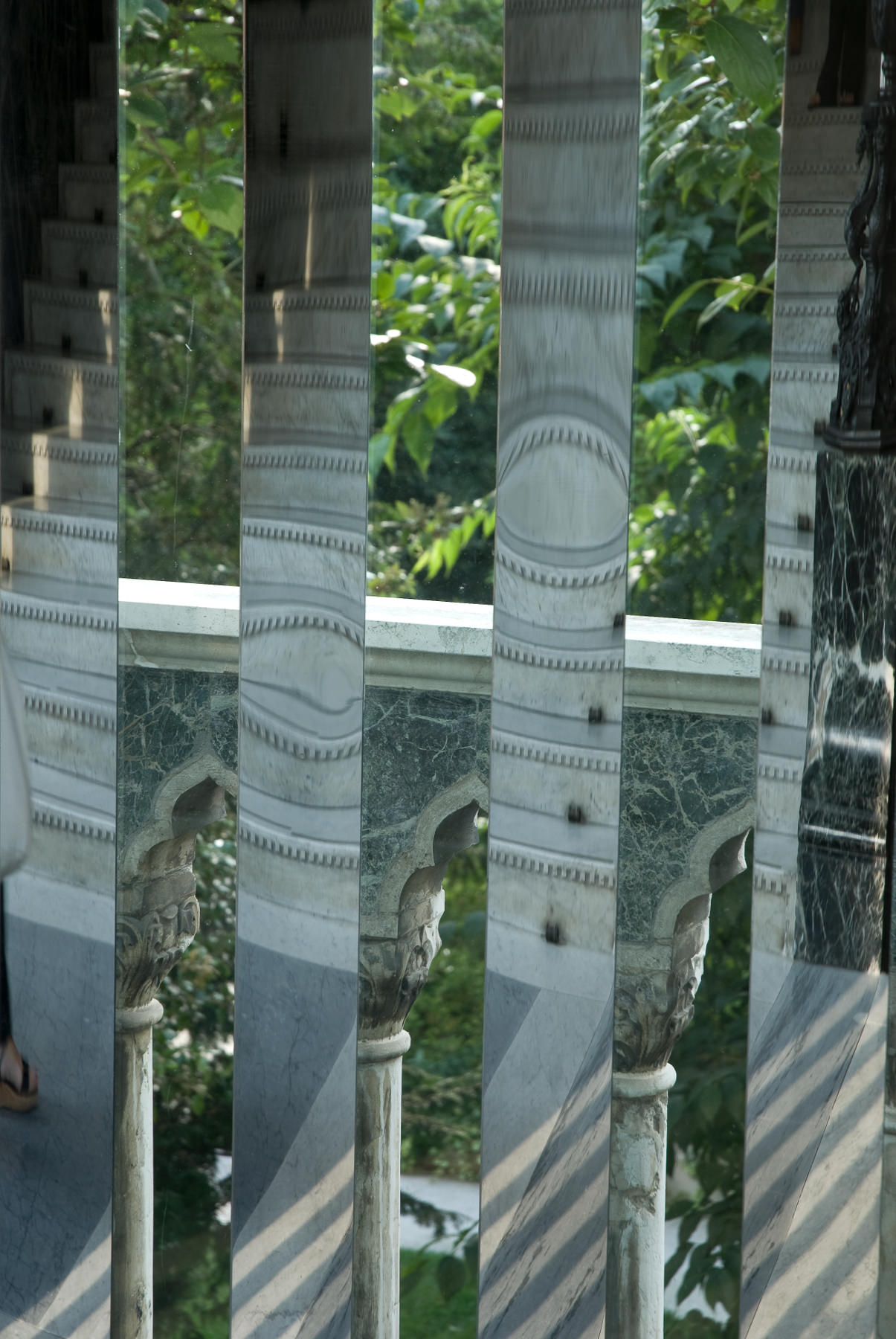 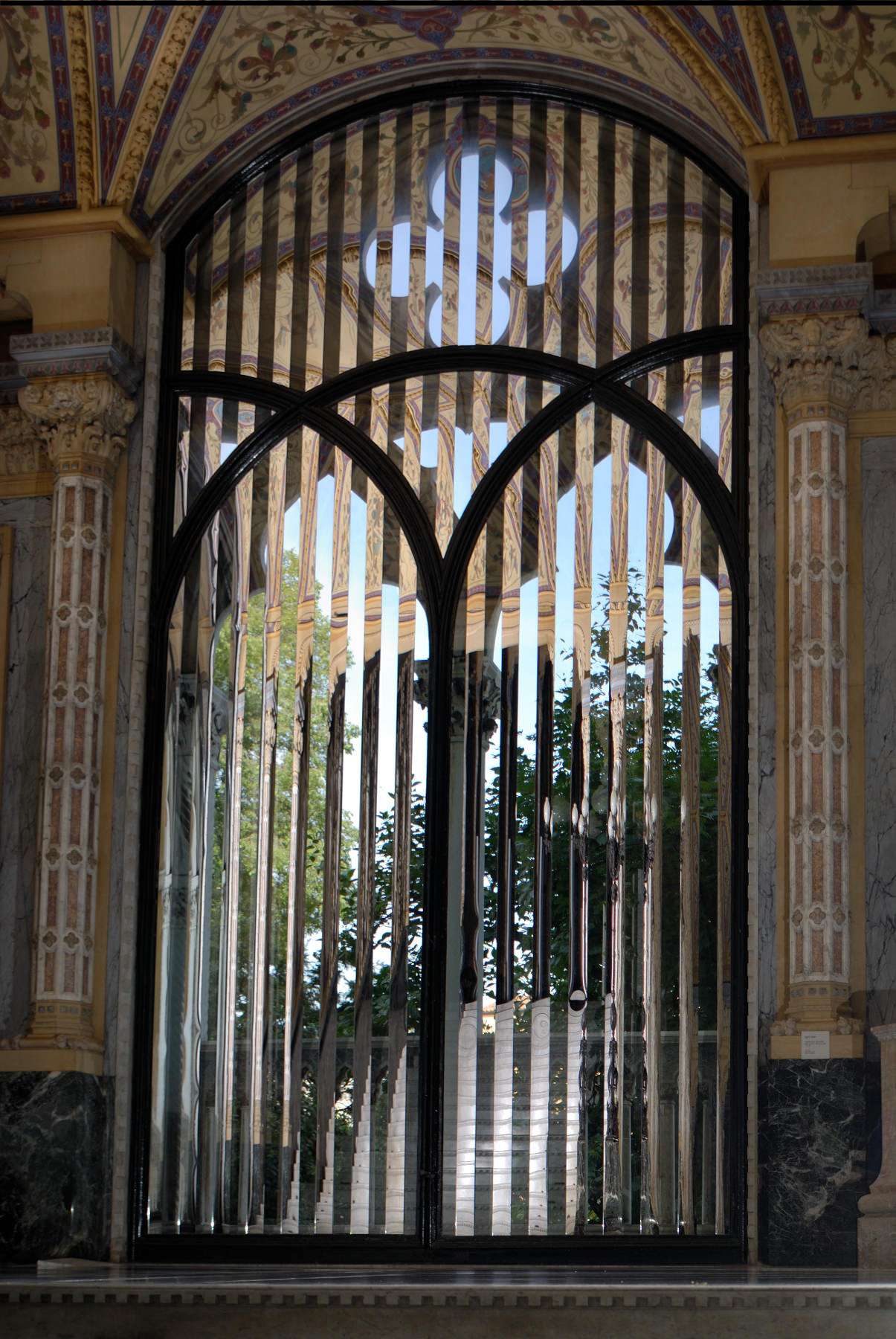