Conrad Shawcross was born in 1977 in London, where he lives and works. Creating mechanical sculptures and installations in diverse materials, he highlights scientific laws and demonstrates their abstract nature exploring subjects that are informed by physics, geometry, philosophy and metaphysics.

He received a BA in Fine Art from the Ruskin School of Drawing and Fine Art at Oxford University in 1999 and an MFA from the Slade School of Art at University College, London, in 2001. Since the beginning of his career, he has experimented with ideal geometries which are conceived as systems, sometimes modular or mechanical, which could theoretically extend infinitely into space; often appropriating and paying tribute to failed quests for knowledge of the past. In 2004, he gained wide recognition when took part in the Charles Saatchi exhibition New Blood with the sculpture The Nervous System, a working loom in a double helix shape that produced 20,000-feet of material daily. In his most recent works, he has increased the scale of his practice, taking on architectural and public works that are monumental size, such as Optic Cloak (2016). He has exhibited extensively in solo and group shows including at the Science Museum (2011-12), National Gallery (2012), Roundhouse (2013), Royal Academy of Arts (2014, 2015, 2016), Francis Crick Institute (2016), all  London; Fondazione Gervasuti (2011), Palazzo Fortuny (2011, 2015) and in Glasstress (2013), all Venice; Palais de Tokyo (2012, 2013), Paris; ARTMIA (2014), Beijing; and the Mori Art Museum (2016), Tokyo. He was Artist in Residence at the Science Museum (2009-2011), London. He won the Art & Work Award (2008); the ILLY Art Prize (2009); and the Jack Goldhill Award for Sculpture (2014). Shawcross is the youngest living member of the Royal Academy of Arts, London. 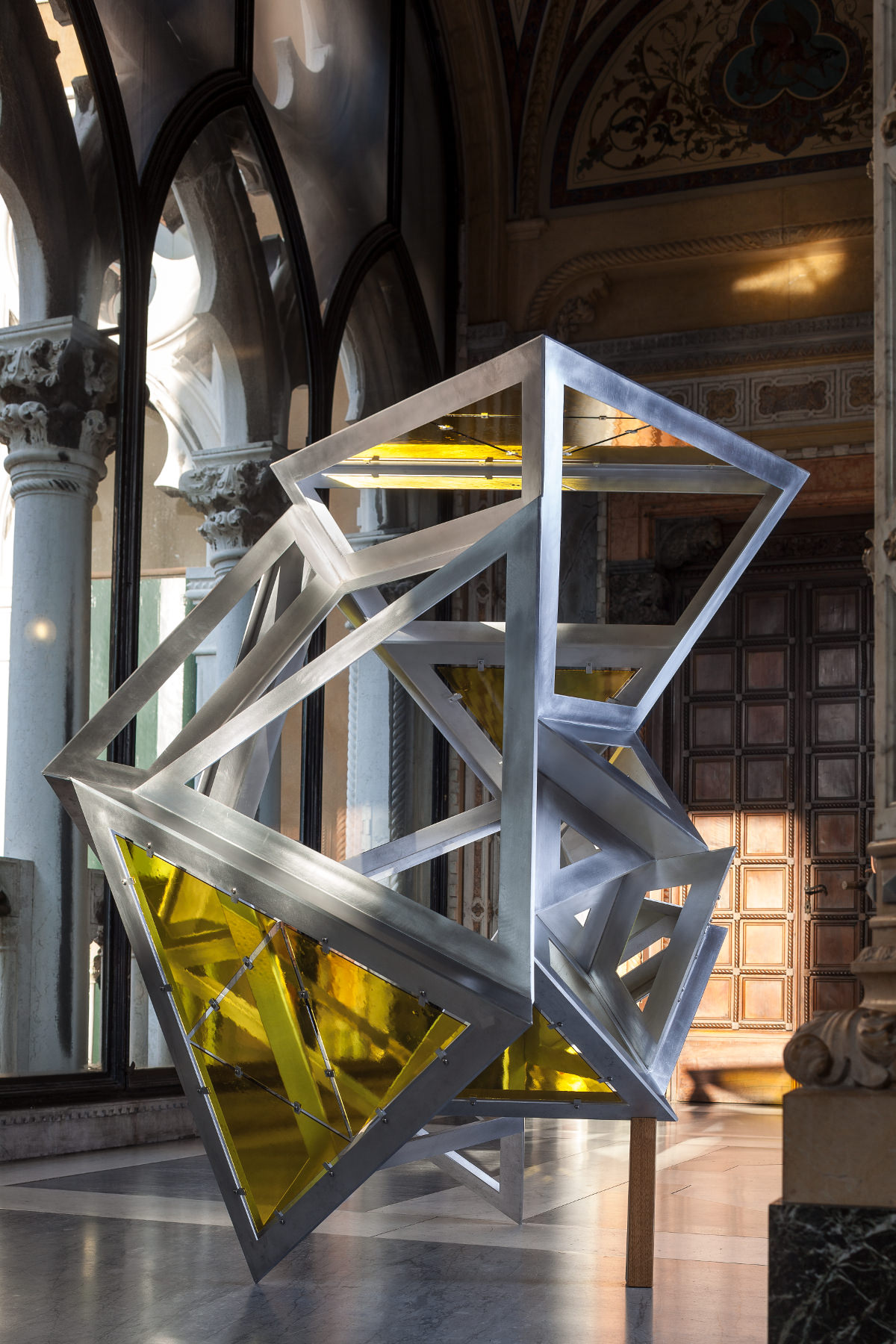