Charlotte Hodes was born in 1959 in London, where she lives and works. Working across the media of painting, collage, paper, ceramic and glass, her iconography is centered on the female figure, drawing upon the traditions of the decorative and applied arts.

She studied at the Slade School of Art, University College London, where she received her BA in Fine Art (1978-82) and a post-graduate Higher Art diploma (1982-84). Her practice is informed by her experience as a painter which she investigates through large scale papercuts, which have been both digitally collaged and intricately hand cut, as well as ornate painted ceramic vessels, tableware and glass. She questions hierarchies of the female figure in art history, represented as a decorative motif and inextricably linked to the domestic; drawing upon feminism, fashion and costume, she often uses archives and collections as a source for projects. In the ceramic installation Spode Trees and Dressed Silhouettes (2015), she shows the aftermath of a dinner party where the tableware has been decorated with female silhouettes that transcend the boundaries of the plates, breaking free of traditional subservient domestic responsibilities. She has participated in numerous exhibitions and events including Glasstress Stockholm (2011), Millesgården; Maastricht Art Fair (2011);Glasstress(2009, 2013), Venice; Paris Art & Design Fair (2013); Saatchi Collection (2005, 2014, 2015), London BRAFA Art Fair (2015), Brussels; and British Ceramics Biennial (2015), London. She was awarded the prestigious Jerwood Prize for Drawing (2006) and appointed the first Associate Artist at the Wallace Collection, London, culminating in the solo-show Fragmented Images (2007). She has lectured at numerous colleges in the United Kingdom and is a Professor of Fine Art at London College of Fashion, University of the Arts London. 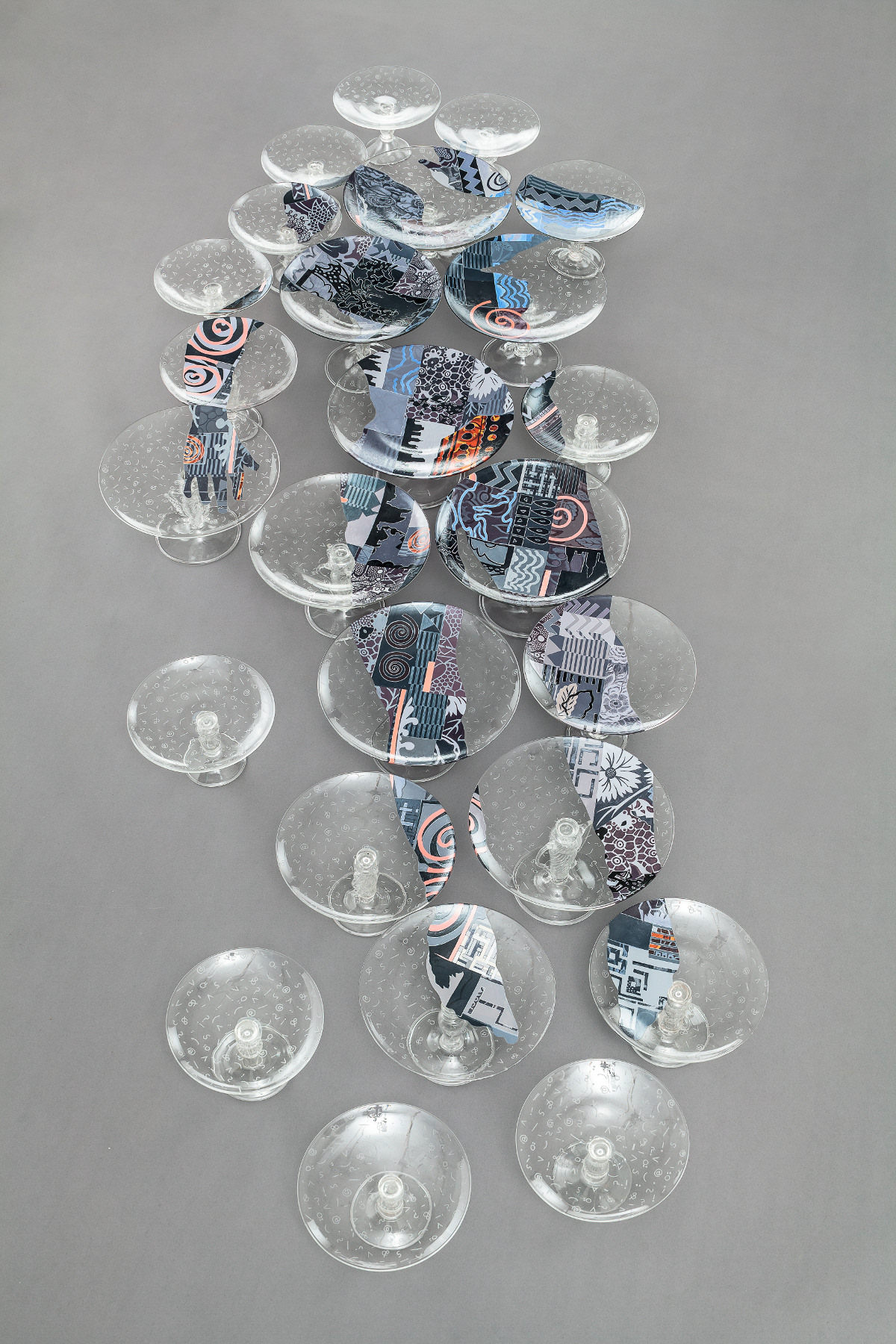 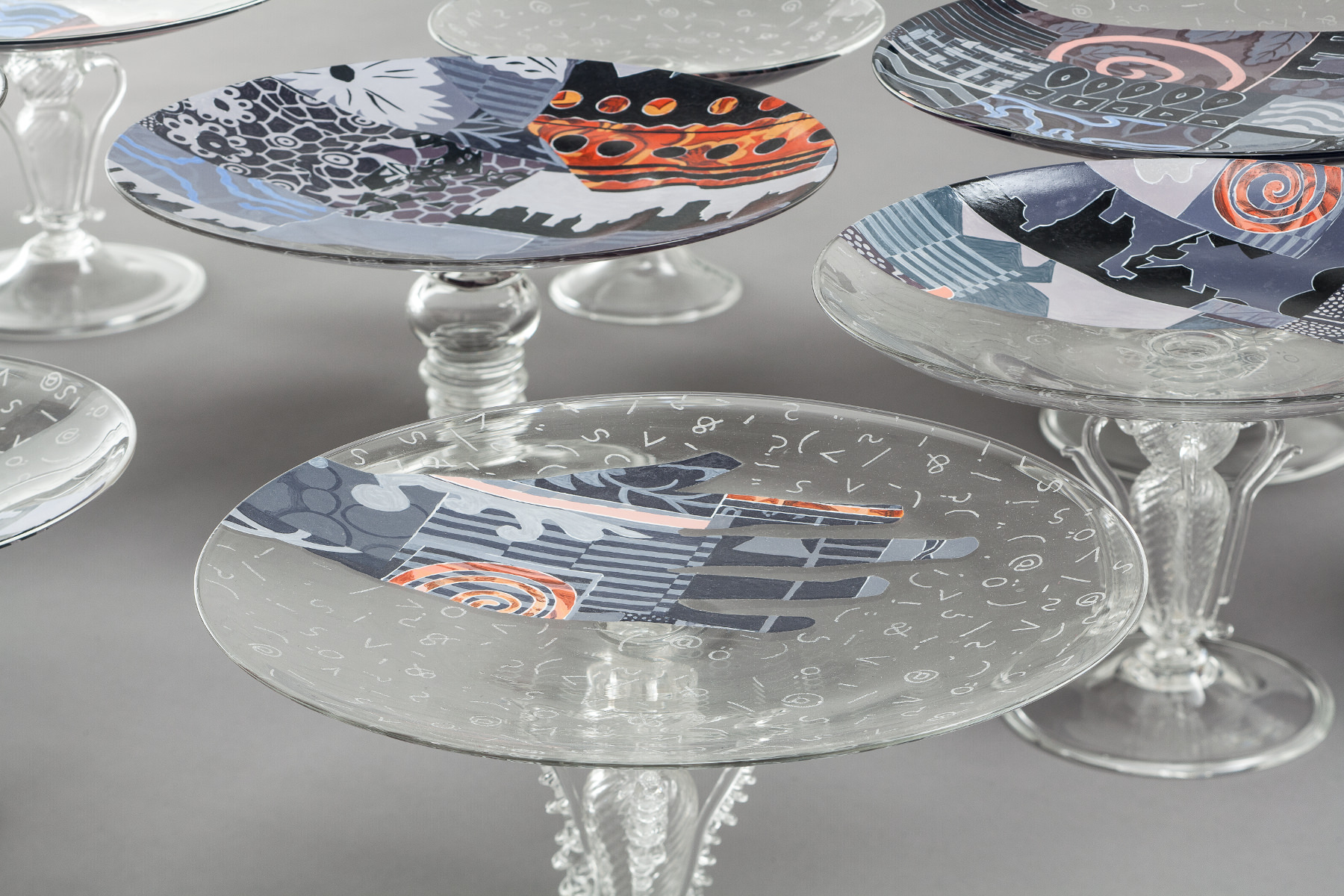 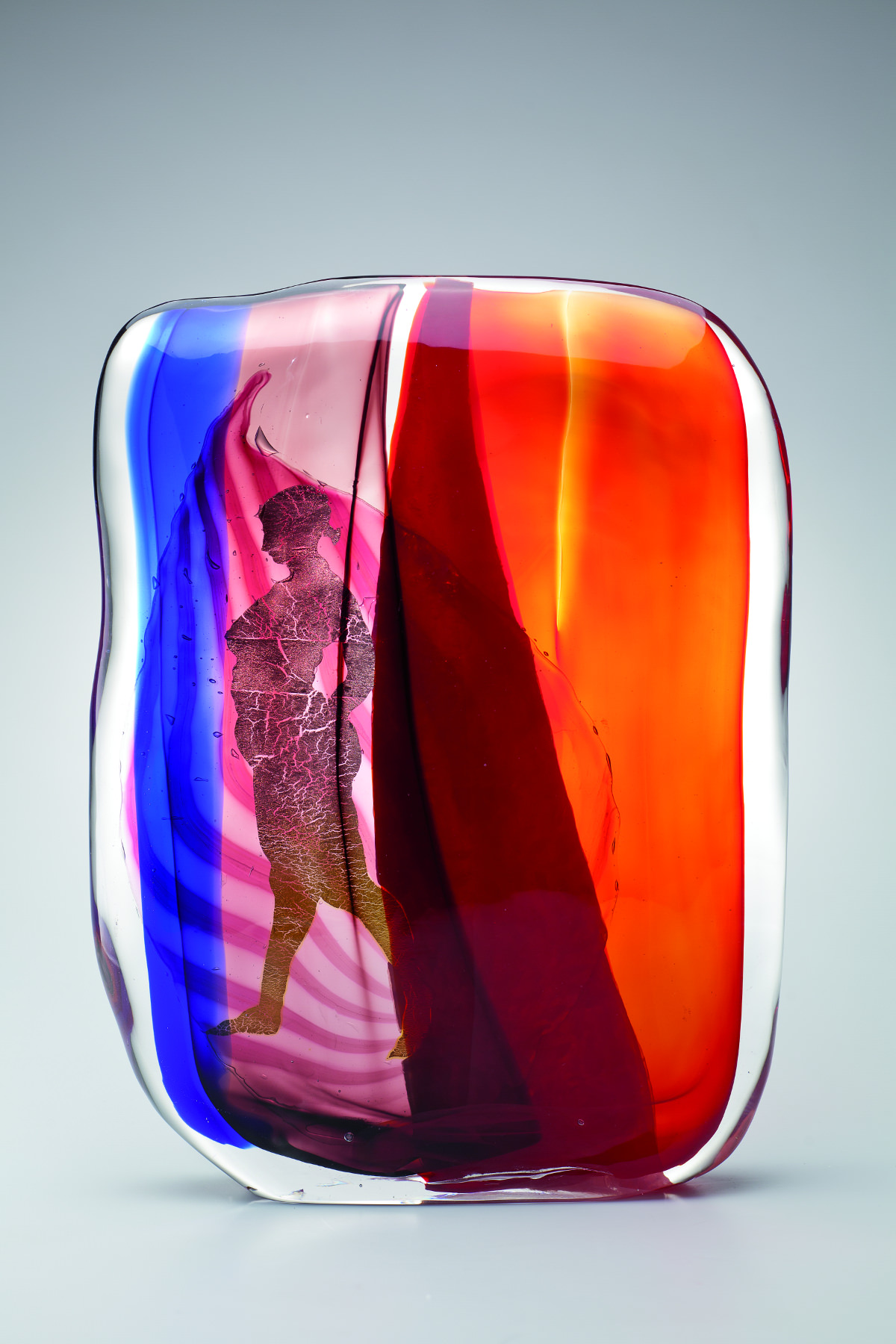 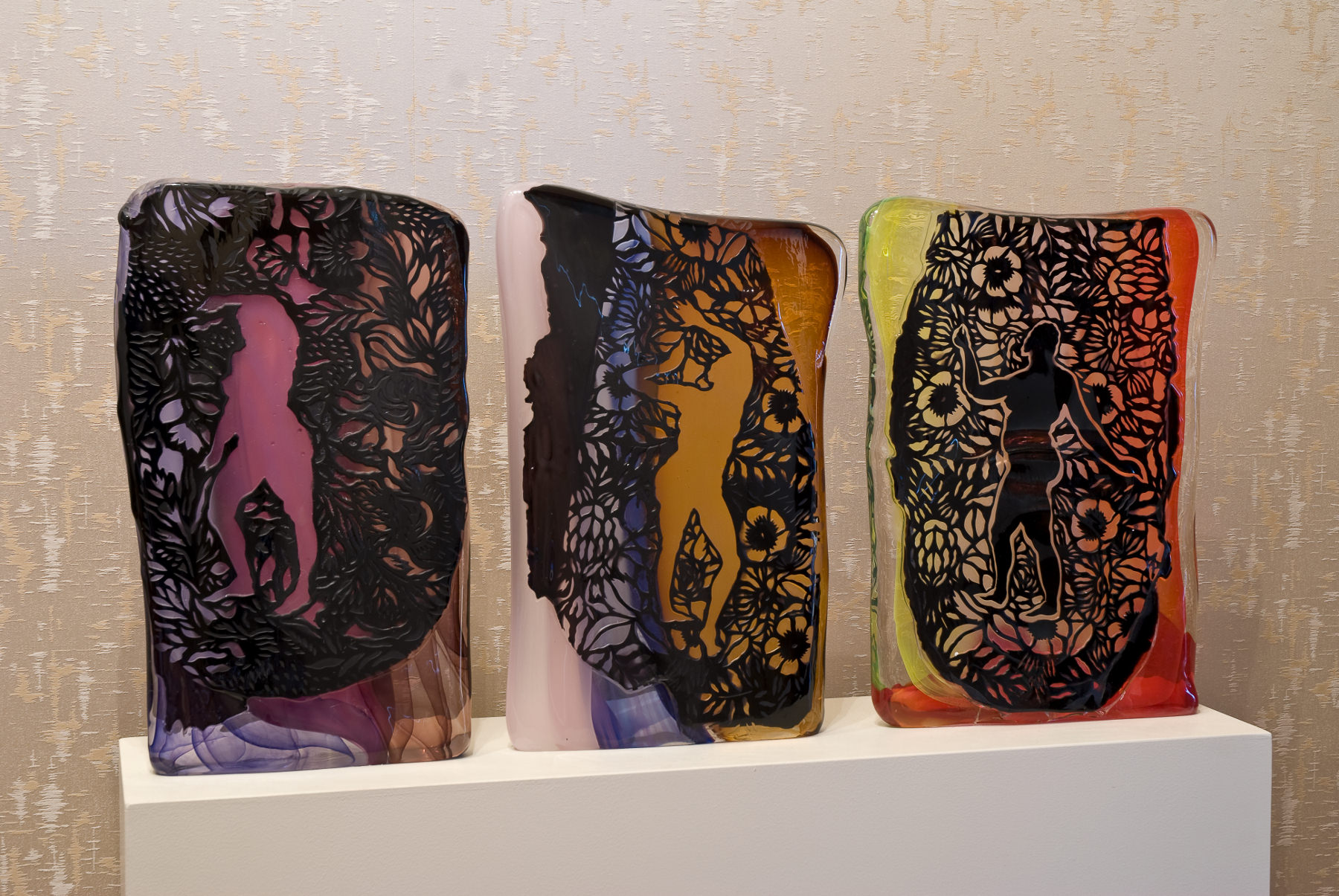 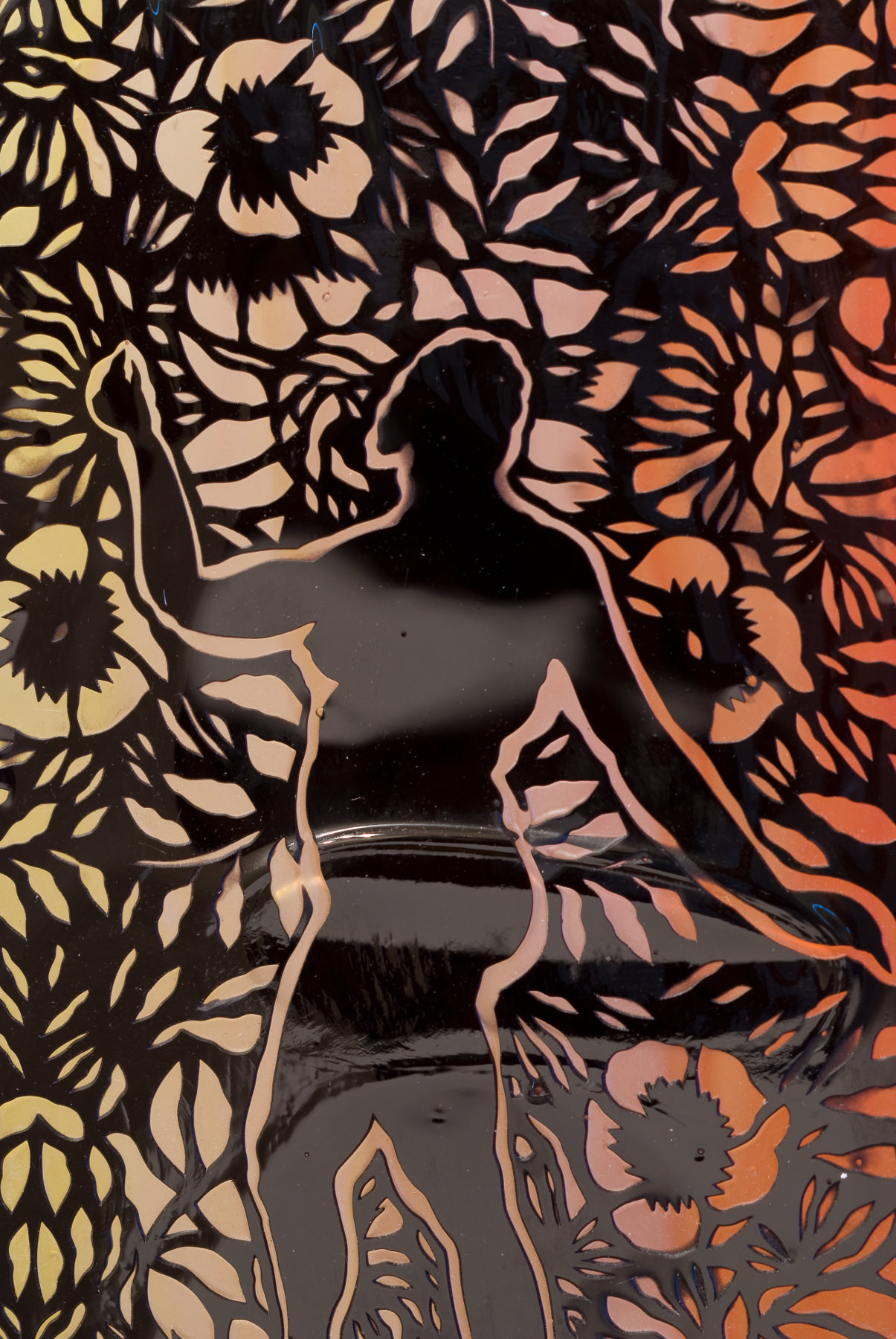