Sergio Bovenga was born in 1955 in Genoa, Italy, where he lives and works. He is a visual artist who often crosses the borders between science and art with unconventional portraits in mirrored sculptures.

After his studies at the Accademia di Belle Arti in Genoa, he started working on sculptures in crystal and ash, but soon concentrated on the analysis of the microcosm as equivalent of the macrocosm, and the project of a new space, a mirroring concave spherical space, the Matrice Ottica, which he created in 2000 and caught the interest of ESA (European Space Agency). Once inside it, the viewer can experience a vision that rejects the traditional Renaissance one-point perspective to reach a three-dimensional oneiric multiplicity, enhancing perceptions of oneself and of reality. In the context of his experimentation in portraits, Bovenga has directed his attention towards the violin, in particular, the 1743 “Guarnieri di Gesù” that belonged to Niccolò Paganini, to analyze the vision of an object immersed in this spherical space. In recent years, Bovenga has experimented with Murano glass in the creation of his sculptures and his reflecting totems. He held important solo shows at the Istituto Italiano di Cultura (2001), Stockholm; the IX Biennale di Arte Sacra, Museo Stauros D’arte Sacra Contemporanea (2004), Isola del Gran Sasso D’italia, Teramo and in the Palazzo Ducale (2006), Genoa. He participated in group shows and events such as International Glass Art (2006), Hsinchu City, China; Facing 1200°, MMKK of Klagenfurt (2006), Austria; Glasstress (2009), Venice; Glasstress Beirut (2011) and Murano-Merano. Il vetro e l’arte contemporanea, Merano Arte, (2013), Bolzano; and Glass. Arte del vetro oggi, Villa dei Vescovi (2016), Luvigliano di Torreglia, Padua. 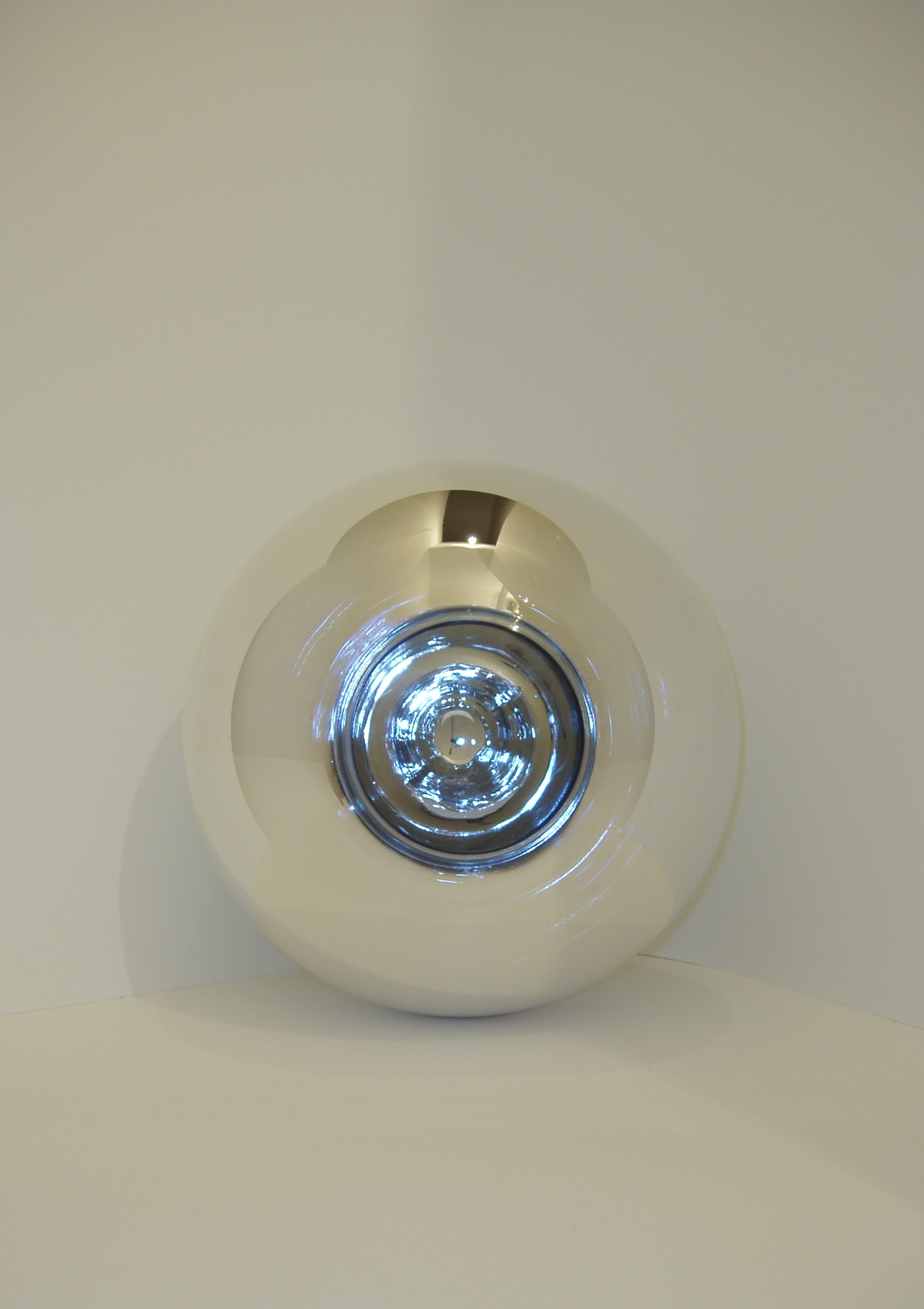