Lucio Fontana (1899-1968) was born in Rosario, Argentina. A globally renowned sculptor, theorist and painter, he was the founder of Spatialism.

After spending his childhood in Italy, Fontana first experimented in sculpture with his father, Luigi, and exhibited in Nexus, a group of young Argentine artists working in Rosario. During his studies with Adolfo Wildt at the Accademia di Brera (1928-30), he abandoned the figurative tradition, joining the artists associated with Lombard abstractionism at the Galleria del Milione in Milan, where he held his first solo exhibition in 1930. In the 1930s, he went to Paris and joined the association Abstraction-Création before returning to Argentina in 1940. In 1946, he founded the Academia de Altamira in Buenos Aires and conceived his first spatial concepts (Concetti Spaziali). The White Manifesto (Manifesto Bianco) (1946) and the seven Manifesti dello Spazialismo (1947–1953), essays in which he upheld the need to abandon both realism and abstractionism. He encouraged the use of modern technical means such as artificial light, radio, and television, to generate shapes, colors, and sounds through space. He soon put his ideas into practice with his best-known series the Costellazioni di buchi (1949-68), which marked a turning point in his career and were created by punching holes into the picture plane, and I Tagli (1958-68), where he confronted space by slashing the canvas. Over the course of his prolific career, he exhibited numerous times at the Venice Biennale (1930, 1950, 1958, 1966) and Documenta (1959, 1968), Kassel. Major retrospectives of his work have been held at the Stedelijk Museum (1966, 1987), Amsterdam; Solomon R. Guggenheim Museum (1977), New York; Centre Georges Pompidou (1987), Paris; Kunsthalle (1997), Frankfurt; Haywood Gallery (1999), London; and, more recently, The Peggy Guggenheim Collection (2006), Venice, and the Musée d’Art Moderne de la Ville (2014), Paris. 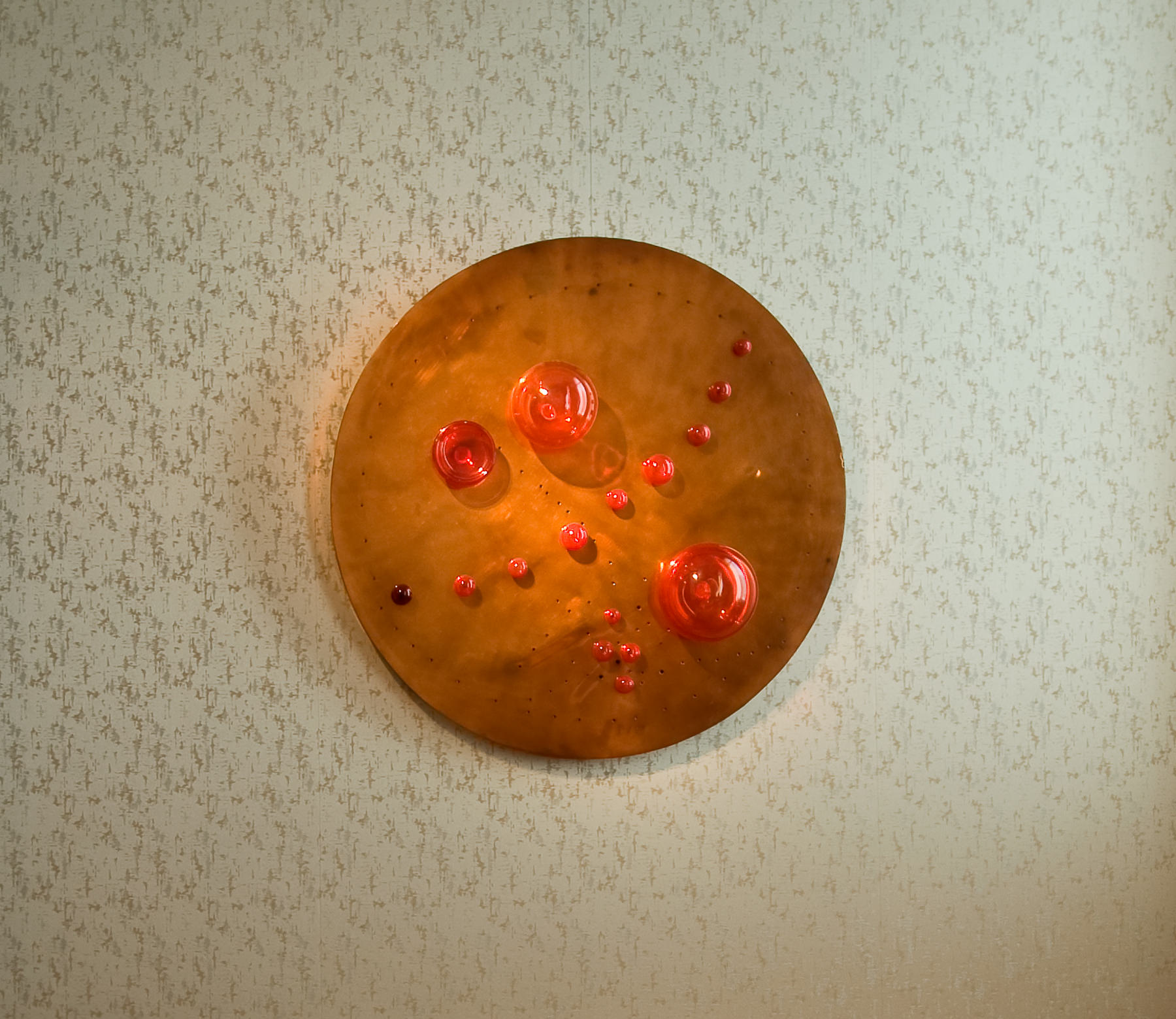