Joseph Kosuth was born in 1945 in Toledo, Ohio, and lives and works in Rome and New York. A pioneer of conceptual and installation art, Kosuth investigates language, semiotic expression and its meaning in art through text-based works and installations.

From 1955 to 1964 he studied at the Toledo Museum School of Design under the Belgian artist Line Bloom Draper and at the Cleveland Art Institute. In 1965, he moved to New York, where he attended the School of Visual Arts. He soon expressed his creative genius through his conceptual works, influenced by the philosopher Ludwig Wittgenstein, exploring the idea that language possesses meaning only in relation to itself. His first exhibition took place at the Museum of Normal Art, of which he co-founded 1967, and was followed by his first solo show at Leo Castelli Gallery, New York. One and Three Chairs (1965), his most famous work and a cornerstone of conceptual art, consists of a chair, a life-sized photograph of the same chair and an enlarged dictionary definition of the word chair. The role of language and its relation with art has been the main subject of his artistic practice. Having exhibited consistently since the 1960s, Kosuth’s work has been presented at the most famous international events, repeatedly participating in Documenta (1972, 1978, 1982, 1992), Kassel, and the Venice Biennale (1976, 1993, 1999). He has had recent solo exhibitions at the Musée du Louvre  (2009), Paris; Australian Centre for Contemporary Art (2010), Melbourne; Kuad Gallery (2012) Istanbul; Kunstmuseum Thurgau (2013, 2014), Switzerland; the Multimedia Art Museum (2015), Moscow; and  Galleri Brandstrup (2015), Oslo. He received the Menzione d’Onore at the Venice Biennale (1993); named Chevalier de l’ordre des Arts et des Lettres (1993); received an Honorary Degree in Humanities (2001) from The Università di Bologna; was awarded the Decoration of Honour in Gold (2003)­, the Austrian Republic’s highest honor for accomplishments in science and culture; and was inducted into the Royal Belgian Academy (2012). 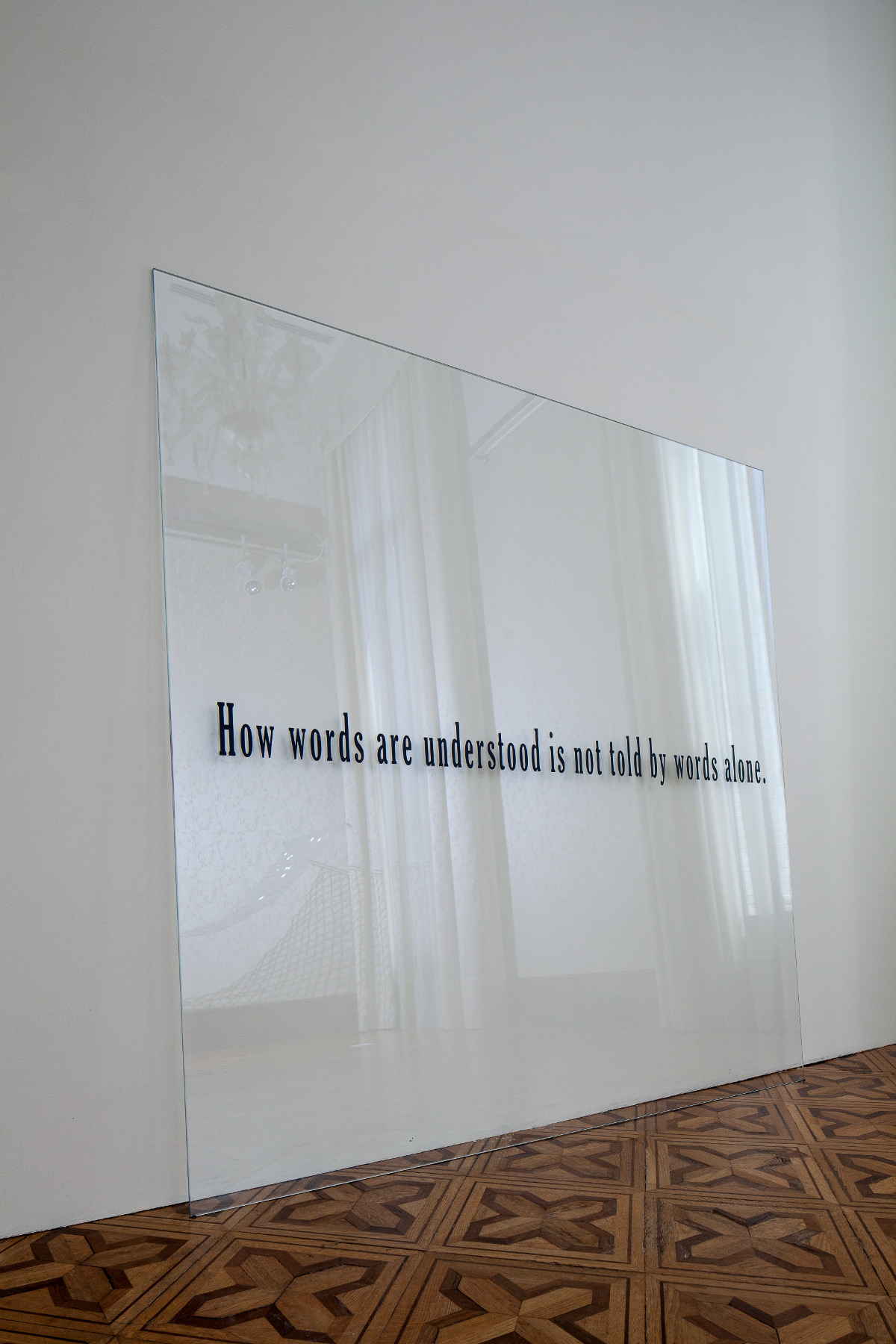 Any Two Meter Square Sheet of Glass to Lean Against Any Wall, 1965 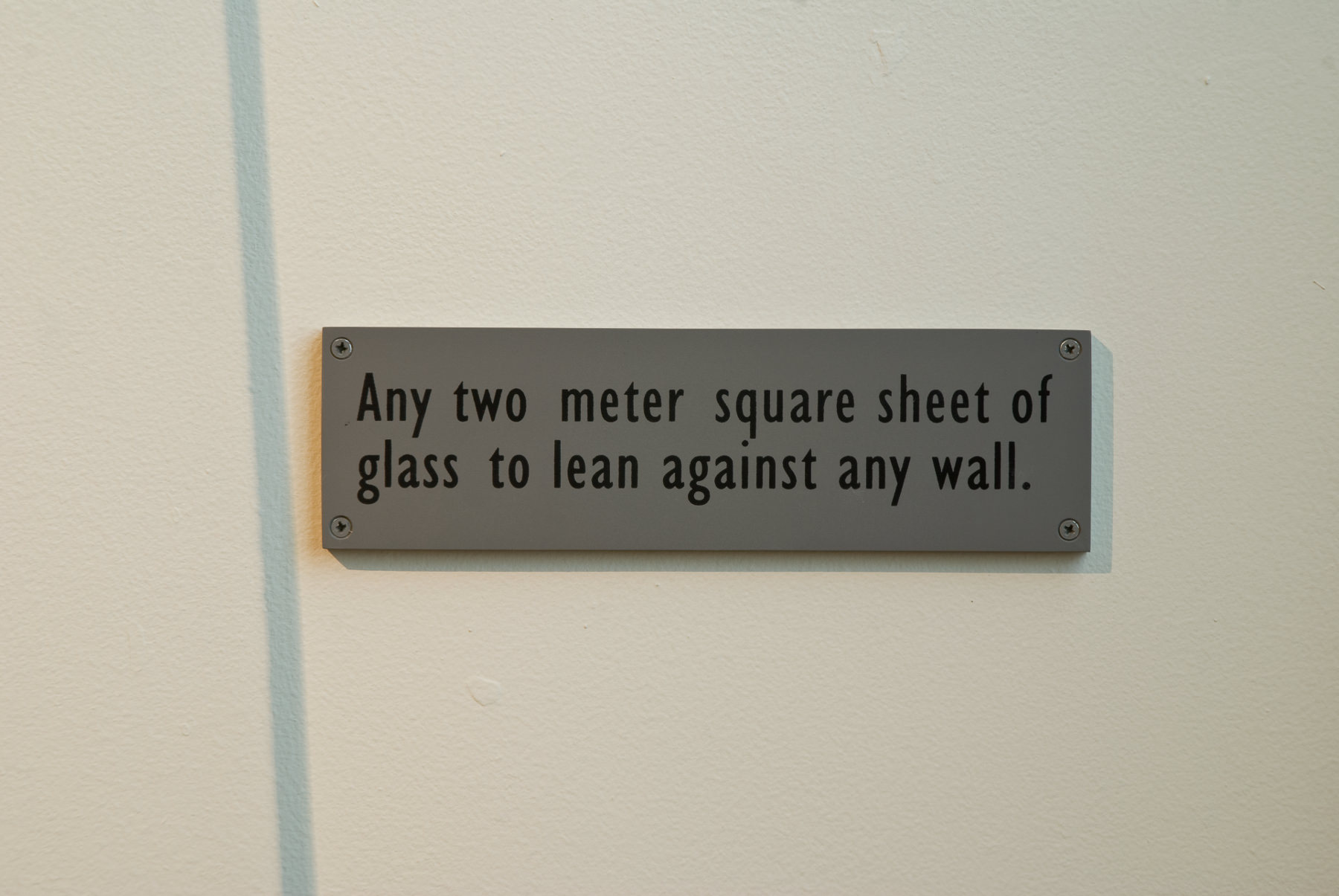 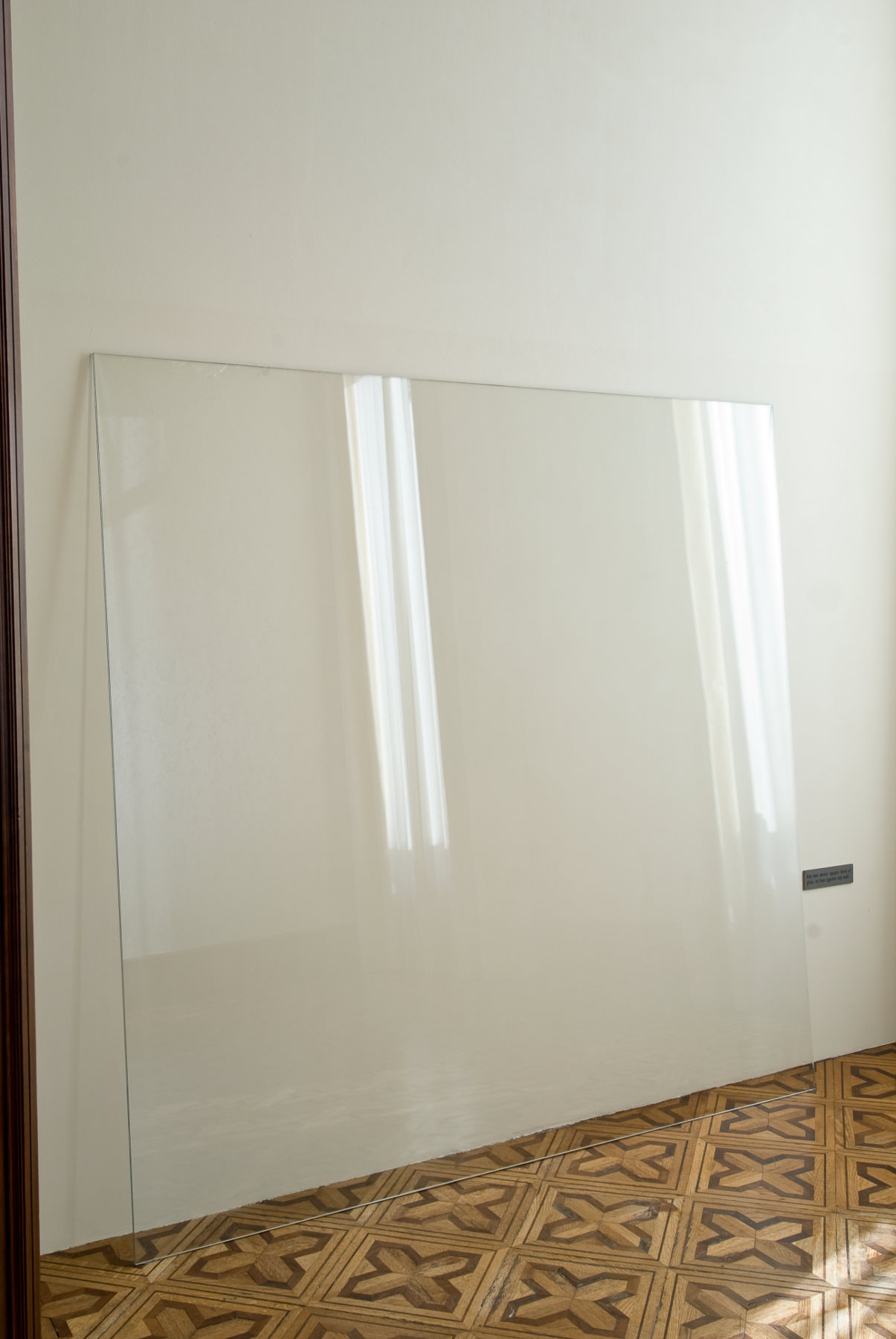