Wim Delvoye was born in 1965 in Wervick, Belgium, and lives and works in Ghent. He connects opposing concepts such as attraction and repulsion, creating contradictory pieces that are mainly focused on the study of human and animal bodies.

His often-shocking installations are known worldwide. His works touch on different themes: some are focused on the functions of the human body, others concern the evolution and function of art-market economies. Since 1992, he has tattooed numerous pigs for the project Art Farm: he has designed skulls, tribal marks and crosses on the skin of the animals. The year 2000, however, marks his most famous installation, Cloaca, a functioning digestive system in which a machine consisting of several parts is filled with food: it is designed to be able to digest and defecate like the human body. Because he did not have a particularly religious upbringing, Delvoye is fascinated by religious structures and, specifically, Gothic architecture and sculptures. In 2001, with the help of a radiologist, he painted couples with small amounts of barium in the act of sexual intercourse and, as a result, he created windows filled with images of x-rays instead of traditional glass. The pointed arch frames are made using the aesthetic of Gothic windows. Originating from the same concept used for Cloaca, the artist stressed in an interview that, also in this case, in the art a human body can be reduced to machine (New York Times, 2013). He has exhibited in numerous galleries and museums: the Peggy Guggenheim Collection (2009), Venice; Stedelijk Museum (2010), Amsterdam; Galerie Urs Meile (2011), Beijing; Musée du Louvre and the Galerie Perrotin (2012), Paris; Heydar Aliyev Center (2015), Baku; Fondazione Berengo (2015), Venice; Leila Heller Gallery (2016), Dubai; Tehran Museum of Contemporary Art (2016); MUDAM, Luxembourg and DHC/ ART(2016), Montréal. 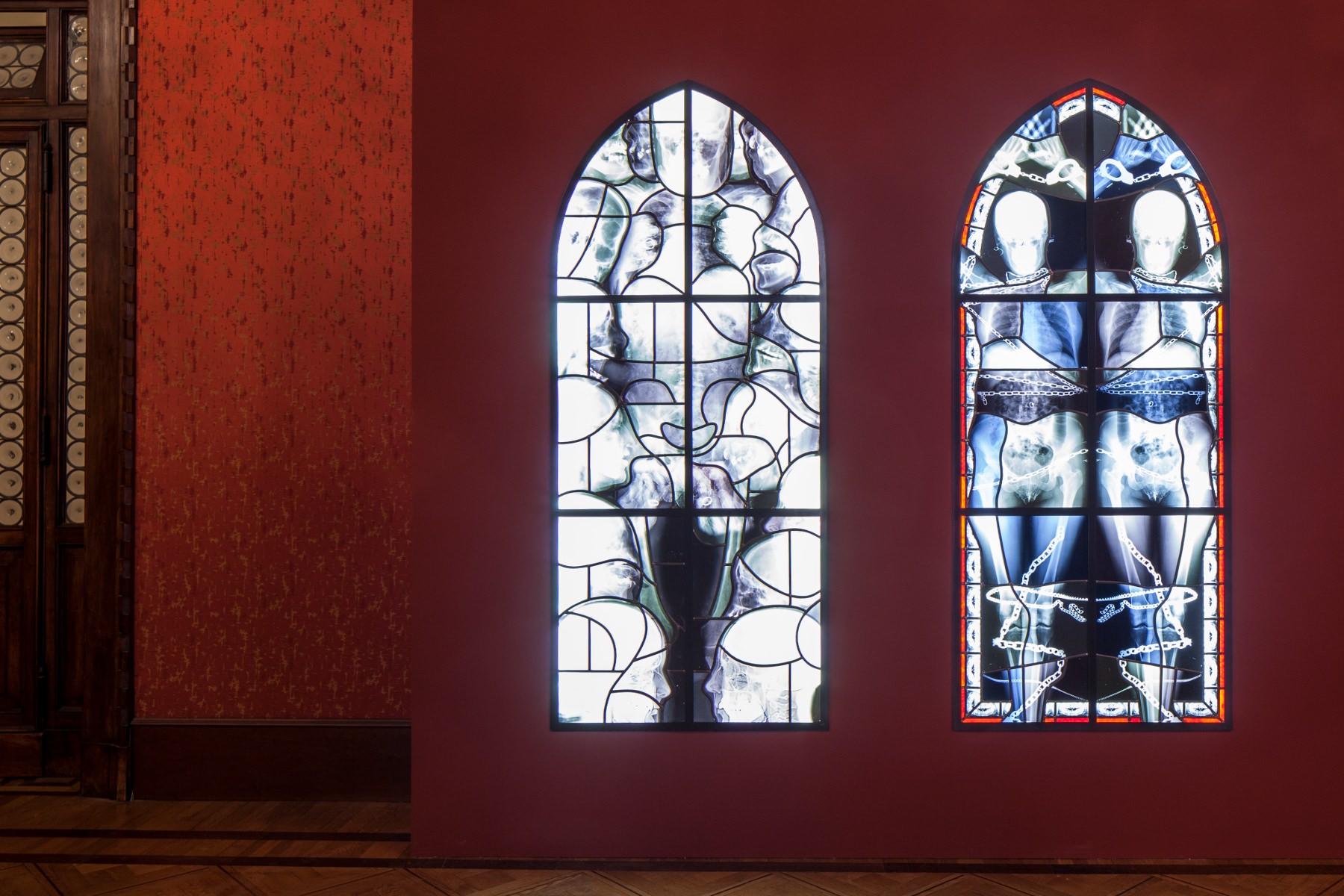 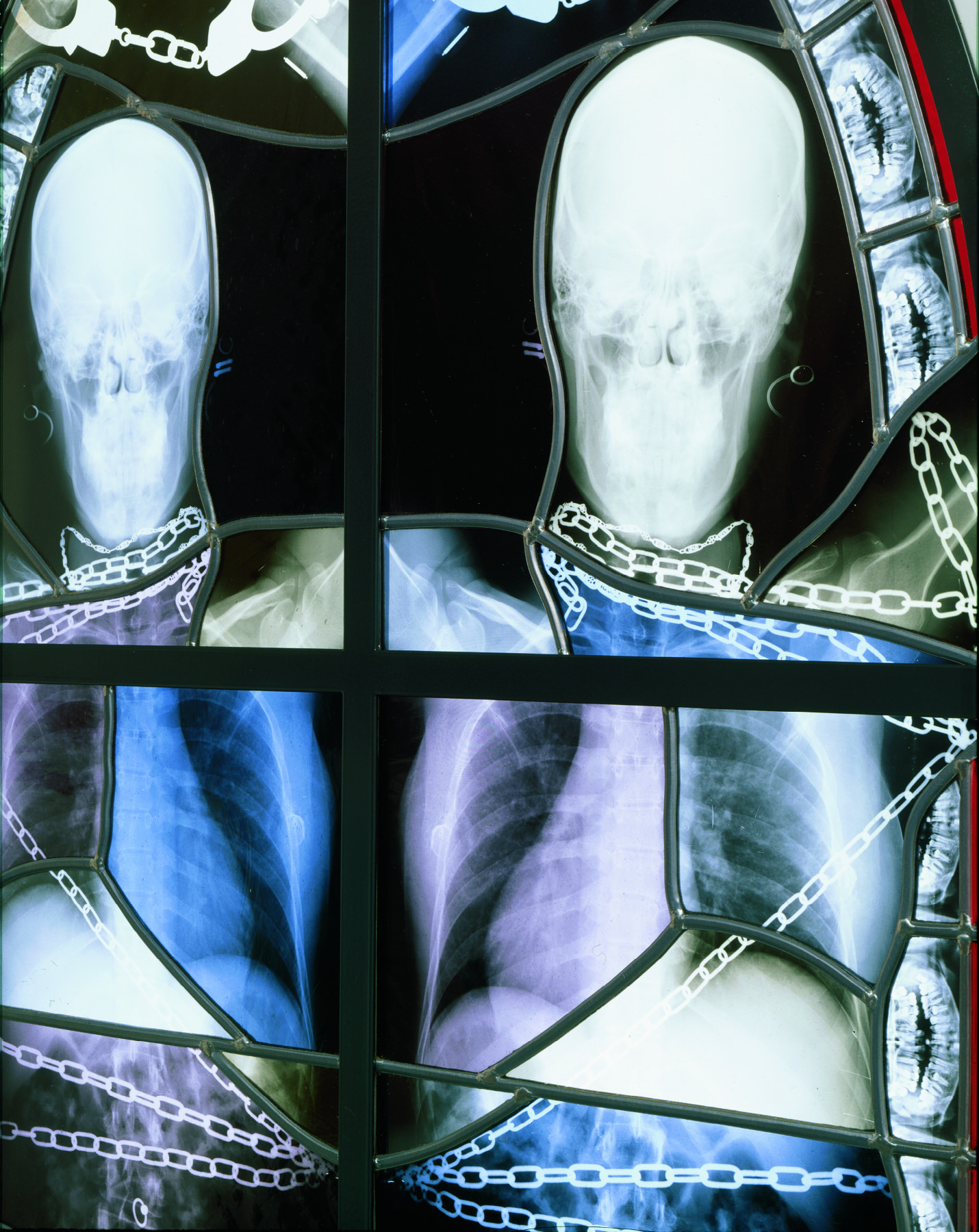